Boyko Shines in 47 Save Victory Over Lethbridge 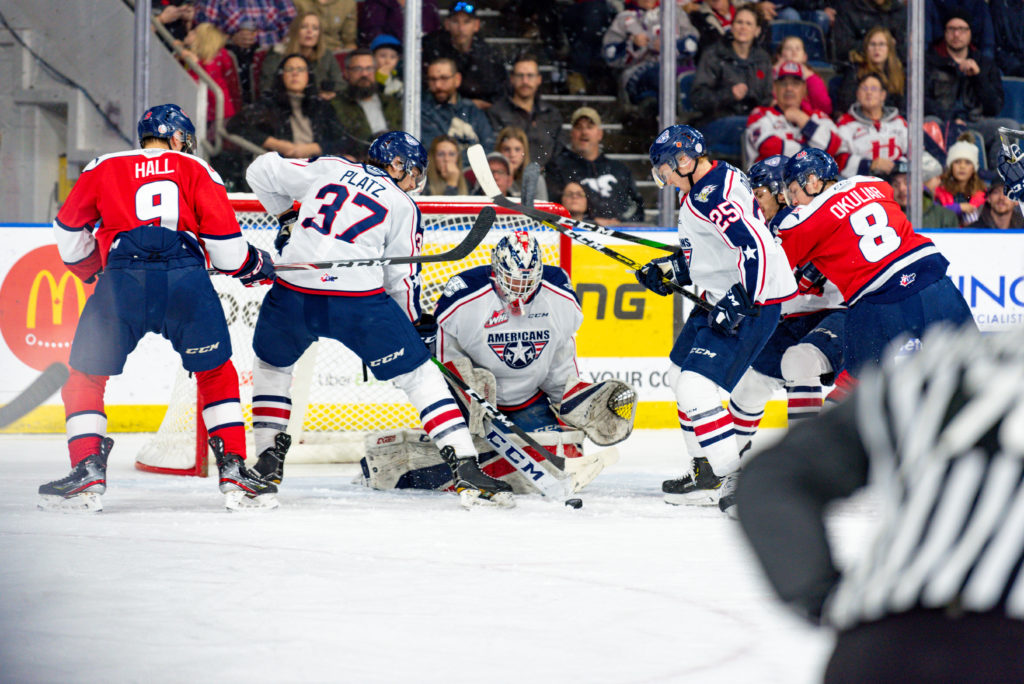 After a victory last night in Calgary, the Americans swept the weekend with another road win tonight in Lethbridge. Second year netminder Talyn Boyko put on a show stopping a career high 47 of 49 shots faced. Tri-City ultimately won by a score of 3-2, snapping Lethbridge’s four game win streak.

For the second night in a row, Kyle Olson scored first for the Americans. The goal came at 4:12 first period, assisted by Connor Bouchard and Sasha Mutala. Olson is now on a 6 game point streak with three goals and five assists over that period.

Mutala, a prospect of the Colorado Avalanche, also extends his streak with three points tonight (three goals and six assists through the past five games).

The score held into the second intermission.

Just 17 seconds into final frame D-Jay Jerome found the net for Lethbridge. Alex Cotton followed with another for the Hurricanes to tie the game at two.

Mutala added the final marker for Tri-City to seal the victory.

The Americans are now 2-0 on their three game Central Division road trip. Tri-City will play the Oil Kings in Edmonton on Monday and then return to the Central Division in February to play Swift Current, Medicine Hat, and Red Deer.