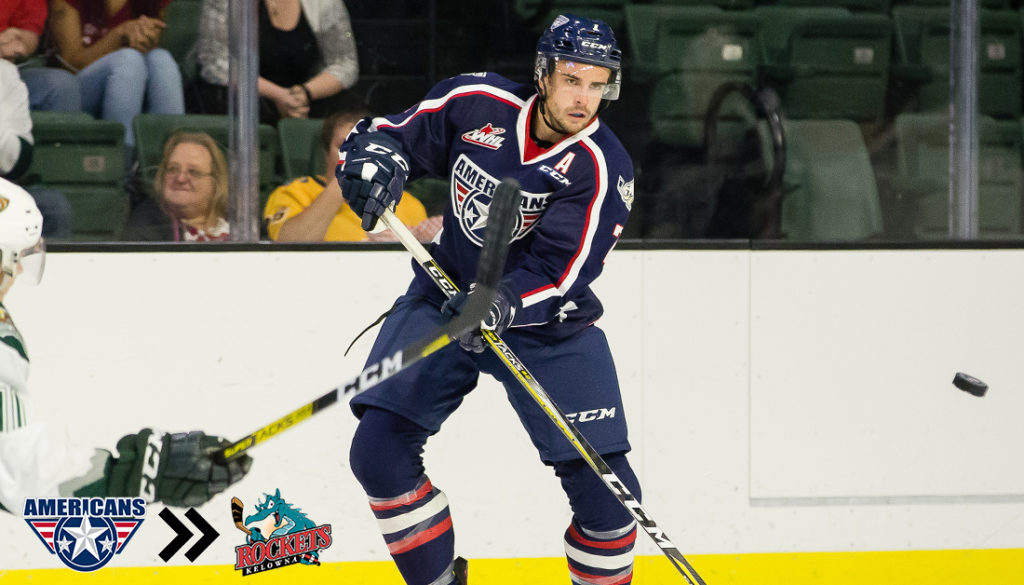 KENNEWICK, WA – Tri-City Americans general manager Bob Tory announced today that the team has traded 20-year-old defenseman Carson Sass to the Kelowna Rockets. In return, the Americans will receive a 10th round pick in the 2022 WHL Bantam Draft.

“With Krystof Hrabik returning from camp with the St. Louis Blues, we had to make a move to get closer to the 20-year-old limit,” stated Tory. “We wish Carson all the best with the Rockets.”

Sass spent three seasons with the Red Deer Rebels before being acquired by Tri-City over the offseason. In 202 WHL games he totaled 9 goals and 27 assists for 36 points and 98 penalty minutes.

The Americans will wrap up their exhibition season this Saturday at the Toyota Center against the Spokane Chiefs. They will return for the regular season home opener on Saturday, October 5th. Call the Americans office at 509-737-0606 to talk to a ticket representative about special priced group and flex pack options. Individual game tickets can be purchased here.