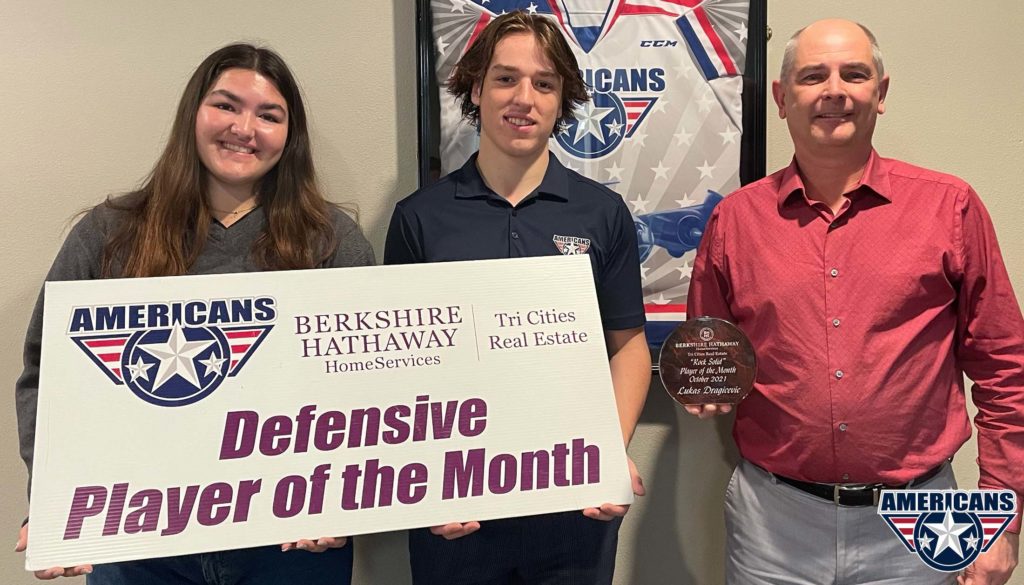 Kennewick, Wash. – The Americans announced today that defenseman Lukas Dragicevic has been named the team’s Berkshire Hathaway HomeServices Defensive Player of the Month for October.

Dragicevic, a defenseman in his first season with the Americans, scored his first WHL goal and added two assists through eight games in the month of October. He finished the month with a plus/minus rating of +1 and four penalty minutes.

Dragicevic, a native of Richmond, B.C., was the first defenseman selected in the 2020 WHL Prospects Draft at fourth overall.

The sixteen-year-old native of Richmond, B.C. was selected as one of 66 players to join Hockey Canada for the Capital City Challenge, a four-team tournament featuring three men’s under-17 teams and Canada’s National Women’s Team, in Ottawa, Ont. beginning November 26.

Lukas Dragicevic and the Americans will return to the Toyota Center on November 26 to take on the Vancouver Giants. Single game tickets can be purchased at the Toyota Center Box Office or online from Ticketmaster here. For information on how you can build your own ticket package and save with Americans Flex Packs, click here!