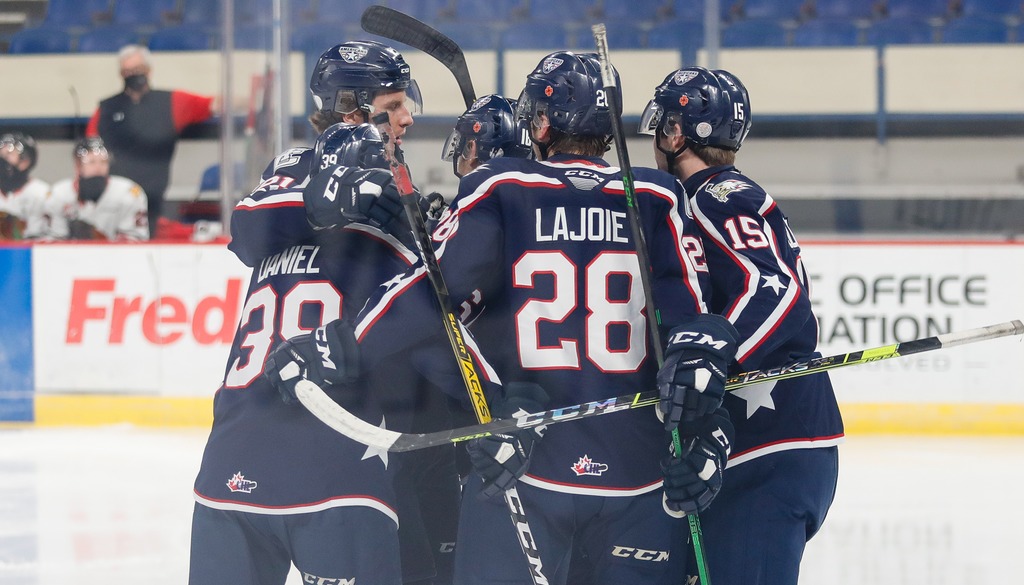 The Americans matched up against the Portland Winterhawks today at the Veterans Memorial Coliseum in Portland. Three early goals carried the Americans to a 3-2 victory and their first road win of the year.

The Americans had a strong start to tonight’s game, dominating from the beginning and jumping out to an early 3-0 lead against the Winterhawks.

Just 30 seconds after puck drop, 20-year-old forward Nick Bowman opened scoring with a backhand shot from the right circle. Bowman’s goal, his second of the season in as many games, came assisted by rookie Jake Sloan and Marc Lajoie.

Colorado Avalanche prospect Sasha Mutala followed just 20 seconds later with his sixth goal of the season. Defenseman Ian Ferguson fed the puck to Mutala who scored with a wrist shot from the slot.

Tri-City’s dominate first period gave them a 3-0 lead heading into the first intermission.

Portland came out for the second frame with more momentum. Reece Newkirk put them on the board with a power play goal at the 8:32 mark. The score held at 3-1 into the third period.

Jaydon Dureau scored on a breakaway with ten minutes remaining in the game to cut Tri-City’s lead to one.

Portland continued to put pressure on the Americans, out shooting Tri-City 27-12 in the final two periods. Netminder Talyn Boyko held on for the Americans and turned aside 37 of 39 shots faced tonight.

The Americans have five games remaining this season including three against the Winterhawks. Their next game will be Tuesday against the Chiefs in Spokane.