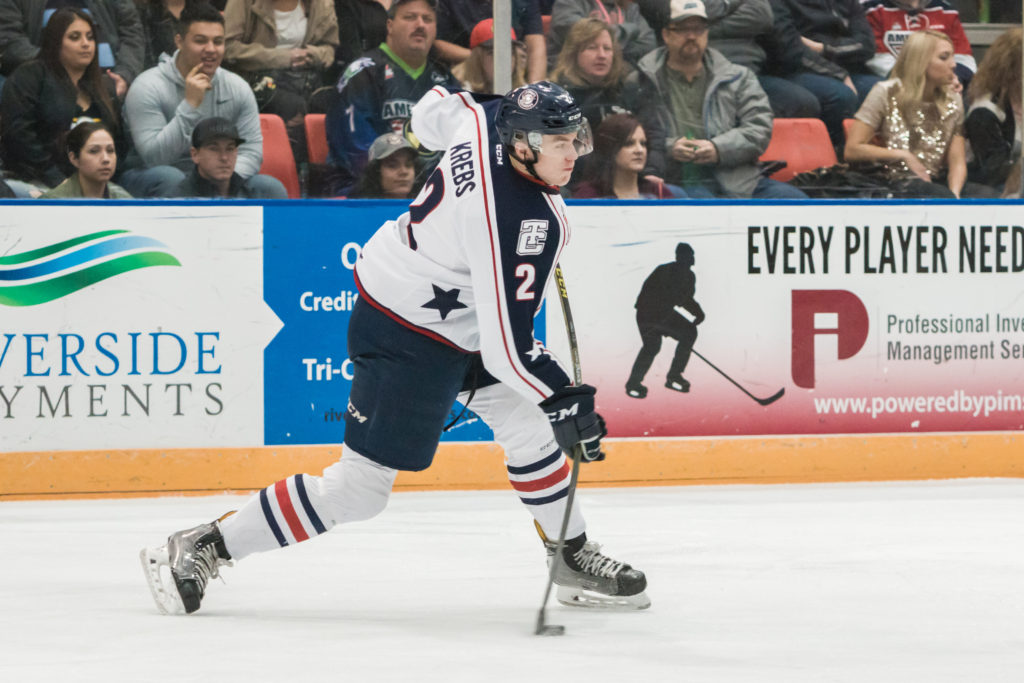 To start things off, we are profiling Dakota Krebs. Dakota flew under the radar this season. With a star studded Defensive unit including Juuso Välimäki and Parker Wotherspoon, Dakota spent most of the season on a grinder third line unit. He thrived in that position, playing 70 out of the Americans’ 72 regular season games. We asked him a few questions to find out what he thought about his season and what it’s like to be ranked.

This season I was put in a position where I was a regular in the line up and I was able to contribute to help the team win. Being in this position I believe I learned a lot on how to play with confidence and I gained a lot of experience playing in this role. This season was a major stepping stone in becoming the player I am working to become.

This coming season I am striving to be a top defenceman on the Americans. Being a shut down force on the back end is something I take pride in and in this upcoming season I would like to be the guy the team looks to shut down top lines. Looking into every season, the goal is to win a championship. I believe with the deep group that we have, working towards a WHL and Memorial Cup Championship is definitely in our sights.

The off season is huge for helping your body repair and grow for the next season. Right now, I am doing on-ice skill work, power skating, and off ice training. I am currently training with the Athlete Factory of Calgary to help with building my body to be a top player in the Western Hockey League. I am able to train along-side professional athletes of numerous sports which is beneficial for me in becoming the athlete I am working towards being.

It is pretty surreal seeing that I could possibly go in the upcoming draft, it would be pretty huge accomplishment to get picked. Ultimately though, drafted or not drafted, I know that the hard work that has taken me to this point will continue and elevate to a whole new level to reach the National Hockey League.

On draft day I will be at home watching the draft with family. I am pumped to see a couple of my close teammates possibly go high in the upcoming draft. Hearing my name being called at the draft would be a tremendous honour, but seeing my buddies that I have played with for the past two years getting picked is also very exciting.