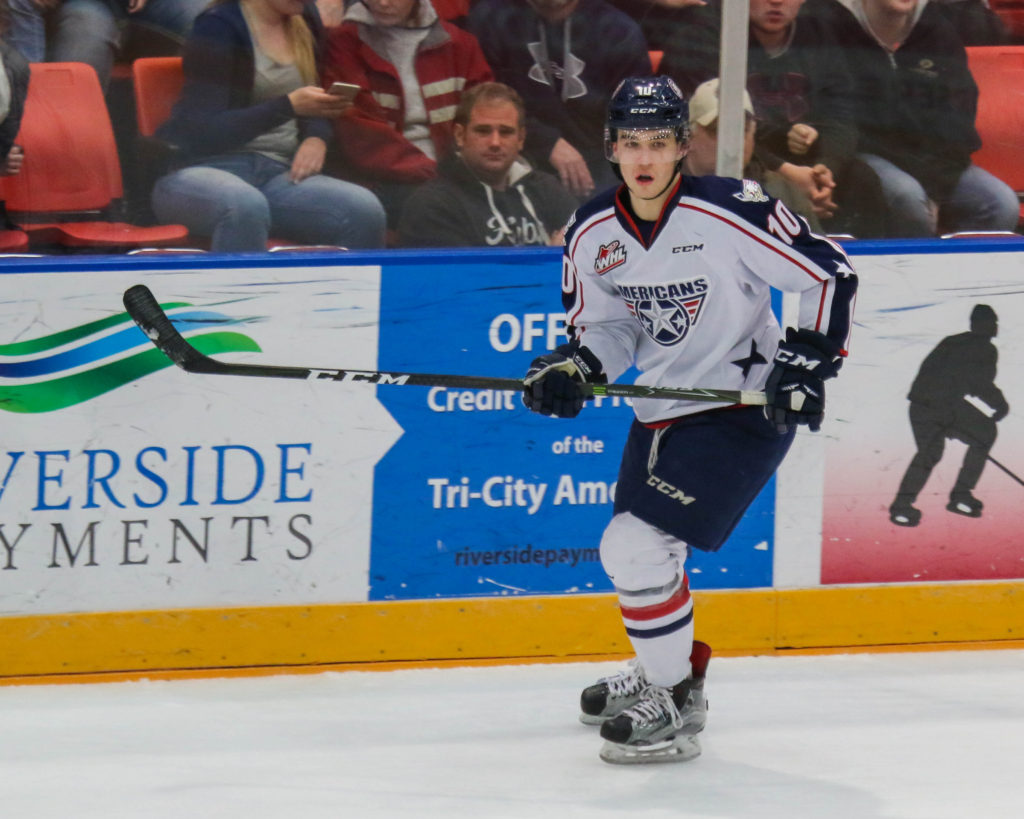 Dylan Coghlan. The strong, stay-at-home, rocket of a shot Defenseman who partnered with Parker Wotherspoon this past season is in his second year of draft eligibility. He made sure that the scouts took notice this year. He doubled his point total compared to the previous season and held the most PPG by a Defenseman on the team. His booming shot from the point was something that made anyone jump out of the way.

I felt great about my play this season, I feel I took a big step forward in my game mentally and physically. I couldn’t have accomplished what I did this year without Parker (Wotherspoon).

For me, I just want to do whatever I can to help the team be successful, I want big things for our team this year and I really think we have the group of guys to do it.

I’m training Monday to Friday with a few guys from other teams in the western league. I also go on the ice a couple times a week.

I honestly try not to think about it that much. I did all I could do this season so now its out of my hands but obviously it would be a tremendous honor to be picked by any team.

I’m probably just going to be out golfing or doing something with my friends, but haven’t really thought that far yet.