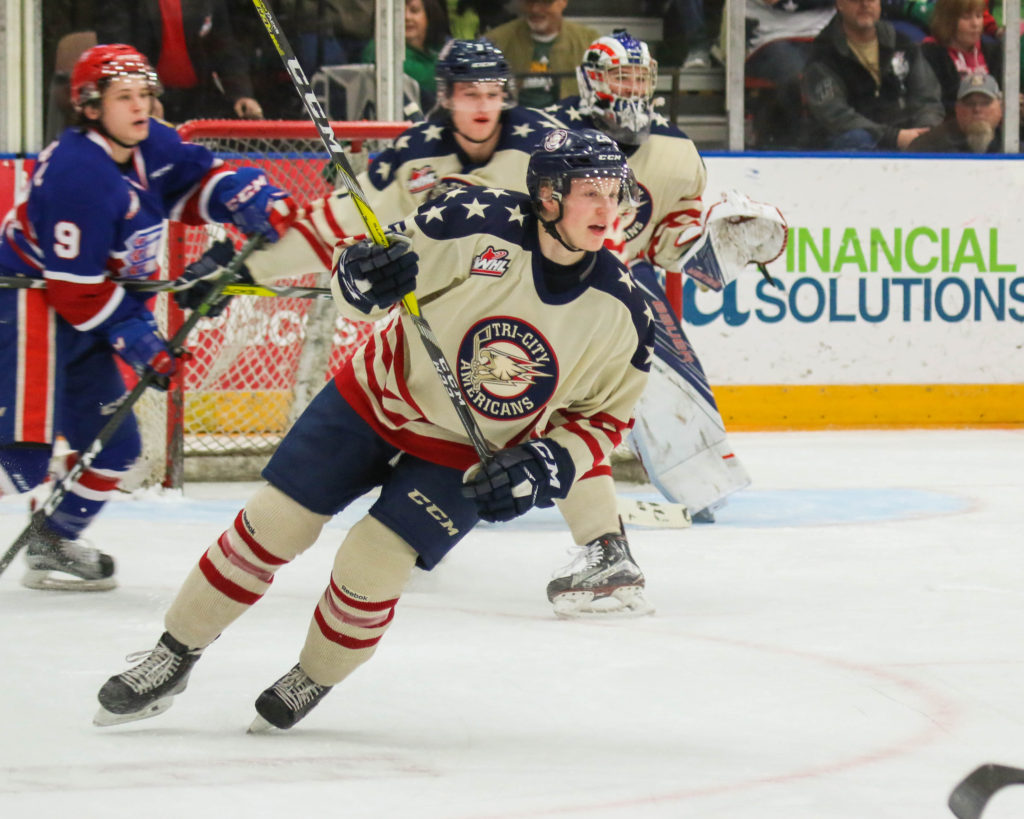 “It’s not the size of the dog in the fight, it’s the size of the fight in the dog.” This old adage holds true for Kyle Olson. He may not be the biggest guy on the ice, but you can be sure he won’t be pushed around. This season, Kyle played a big role in an already stacked offensive unit. He not only ended up with the 6th most points on the team, he also had the best +/- rating. This red head will knock you around, skate around you, and score all on the same shift.

Overall, I thought I had a pretty good season this past year but there is always room for improvements to be made. I thought that I was put in a position where I was relied upon by the coaches and did my best to contribute to help the team win.

My goals for the upcoming season are to get bigger and stronger, and I want to be able to play in all situations. I want to be one of the top forwards on the Americans and be a leader for the team on and off the ice. Our goal as a team is to win the WHL and Memorial Cup championships, and I think with such a deep and hardworking team we are going to have, it is definitely possible.

This offseason is a big one for me. I’m working on putting on weight and strength, along with getting faster so I can elevate my game and be ready for a big season ahead. I have been doing a lot of on ice skill work and powerskating as well as a lot of off-ice training. I am going through every day this offseason with my goals in mind to use them as motivation for my training, seeing as some of them aren’t too far away.

It’s a pretty unbelievable feeling to know that come June, my name could be called in the NHL draft. It would be a huge accomplishment but if it happens or not, the hard work still needs to continue because it’s just another step in the process of reaching my ultimate goal to play in the NHL.

My family and I haven’t quite yet decided on whether or not we are going to the draft. Either way, I will definitely be watching it and keeping an eye out for the other players on the Americans that get drafted as it is a very exciting time for us all.