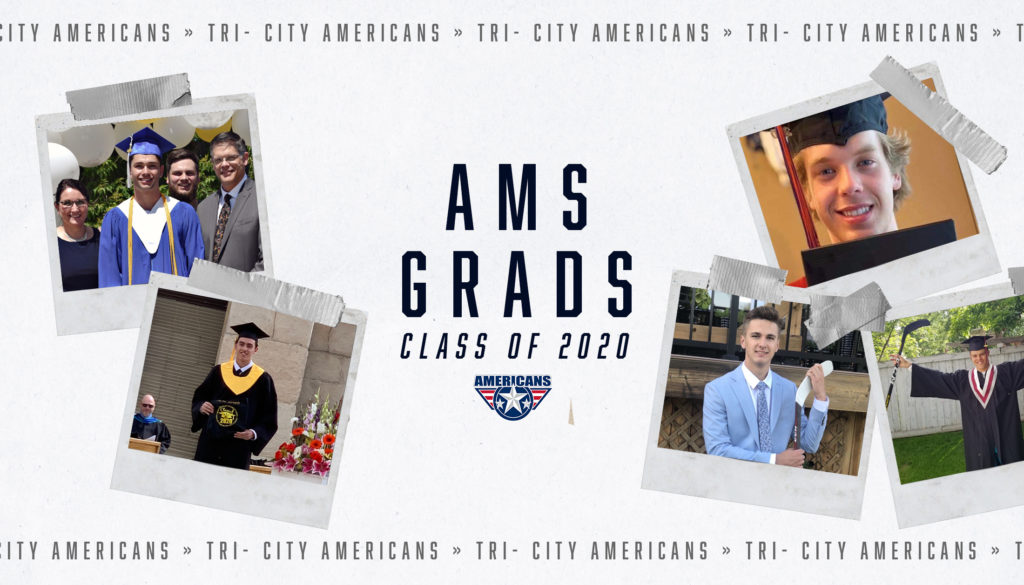 The Tri-City Americans players work hard on the ice and just as hard in the classroom. Five of our student-athletes recently graduated high school, but had to celebrate the milestone in unexpected ways.

Quickly changing public-health guidelines across the United States and Canada disrupted their last games of the season, final weeks of high school, and ultimately graduation ceremonies. Nevertheless, there is still a strong sense of excitement and accomplishment for the five graduating Americans players. 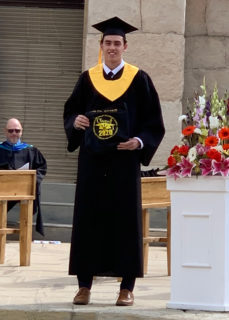 After completing his second season in the WHL with the Americans, goaltender Talyn Boyko returned home to Drumheller, Alta. to finish high school at Drumheller Valley Secondary School. His graduation ceremony required some changes, but Boyko thinks that made it extra special for him and his classmates.

“We will have something a little extra to remember with how everything happened. I’m extremely grateful we were able to take advantage of the situation like we did.” 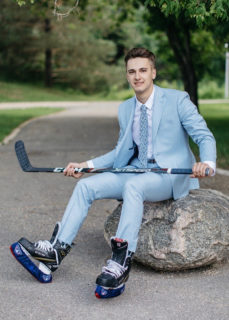 “Graduation is an exciting milestone and I had been looking forward to having a ceremony with my classmates,” said the second year Americans defenseman. “But I think it was a good idea to keep our distance while getting our diplomas to ensure everyone’s safety.”

Cadieux graduated from St. Joseph High School in Saskatoon, Sask. where they had a virtual ceremony. Seniors went to the school and were filmed receiving their diplomas while staying six feet apart and avoiding contact with anyone else. 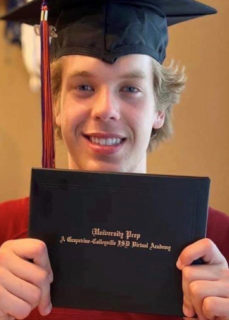 Coming off his first season in the WHL, Americans defenseman Ian Ferguson recently finished his secondary education and earned all honors from his school.

The 18-year-old native of Houston, TX is currently doing off-season training in Dallas and was not able to attend his graduation ceremony. Although unable to celebrate with family and his peers, Ferguson said it’s still an exciting moment and his family is very happy about his accomplishment. 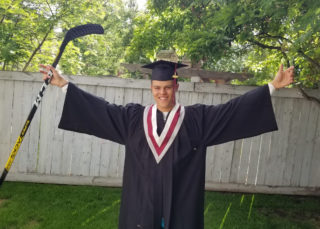 Tyson Greenway also graduated this year. The 2003-born Americans forward was a grade ahead of most in his age group and attended St. Albert Catholic High School in St. Albert, Alta. Greenway was not able to have a graduation ceremony with his classmates because of COVID-19 concerns but found other ways to celebrate with his family. 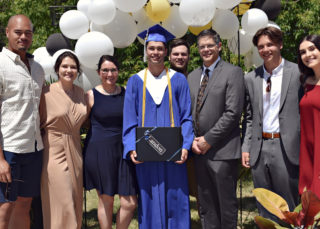 Americans forward Landon Roberts graduated from Souris School in Souris, Man. The 18-year-old received the Governor General’s award for his class as the student with the highest academic average.

Roberts was able to maintain a 99% average this past year during his first season with the Americans. His success in the classroom earned him the honor of being named the Americans’ 2019-20 Les Schwab Scholastic Player of the Year.

Restrictions on large gatherings in Manitoba prevented Souris School from having their traditional graduation ceremony inside their hockey rink. Instead students sat spaced out on the school’s front lawn with their families watching from their vehicles behind them. Although the ceremony was much different than what he expected, Roberts enjoyed the modified celebration with his graduating class.

“It was a little disappointing that all my friends and family weren’t able to make it due to the limited number people allowed to attend,” said Roberts. “But it was still a great ceremony and a lot of fun. I know all of us appreciated what we had instead of having no ceremony.”

The Americans are proud to provide our students athletes with one-year post-secondary scholarship for each season they play with our team through the WHL Scholarship program. Twenty-two Americans alumni received WHL Scholarships for the 2019-20 academic year. For more information on the program click here.