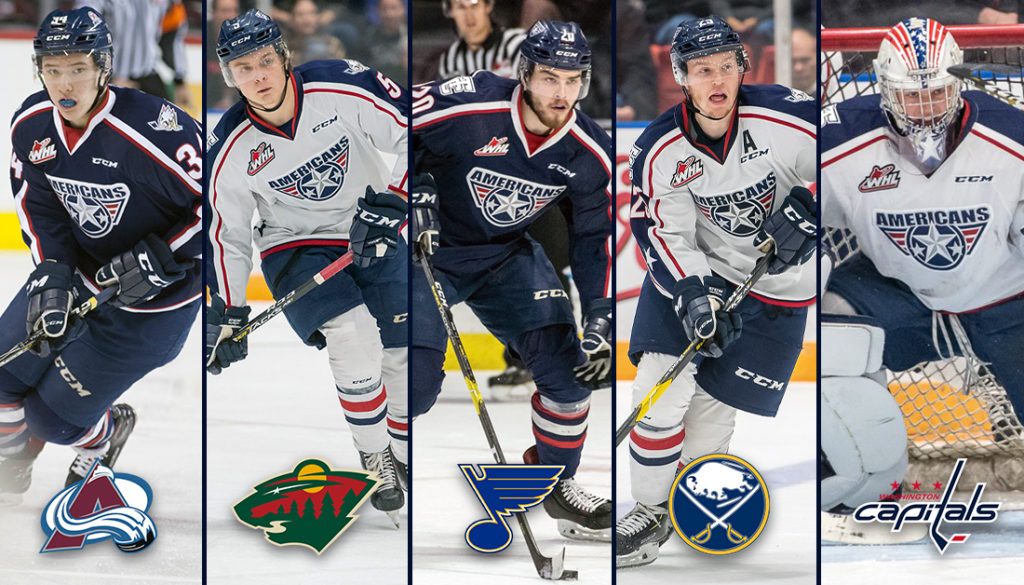 Americans right-winger Sasha Mutala was drafted 140th overall by the Colorado Avalanche in the 2019 NHL Draft (READ) and will attend training camp with the club. Mutala had an impressive 2018-19 campaign with the Americans posting 41 points (20 goals, 21 assists) through 65 games.

Brown was selected by Tri-City in the 2016 WHL Bantam Draft second-round (29th overall). In his second year with the Americans, the defenseman doubled his stats from last season with 16 points (4 goals, 12 assists) through 58 games.

Hrabik, a native of Praha, Czech Republic, was selected by Tri-City in the 2018 CHL Import Draft. He led all Americans rookies last season with 51 points (21 goals, 30 assists) through 63 games. The 6’4”, 210-pound center competed with the Czech Republic at the World Junior Championship in 2018 and 2019.

After playing only 36 games the prior year due to injury, Olson returned to the Americans for the 2018-19 season and totaled 70 points in 62 games. The 19-year-old center led the team with 49 assists. Olson will serve as the Americans team captain for the upcoming season.

Warm had a career best season last year with a 2.938 GAA and .916 SV%.  The 19-year old goaltender set a new single season franchise record with 1925 saves through 61 games played.