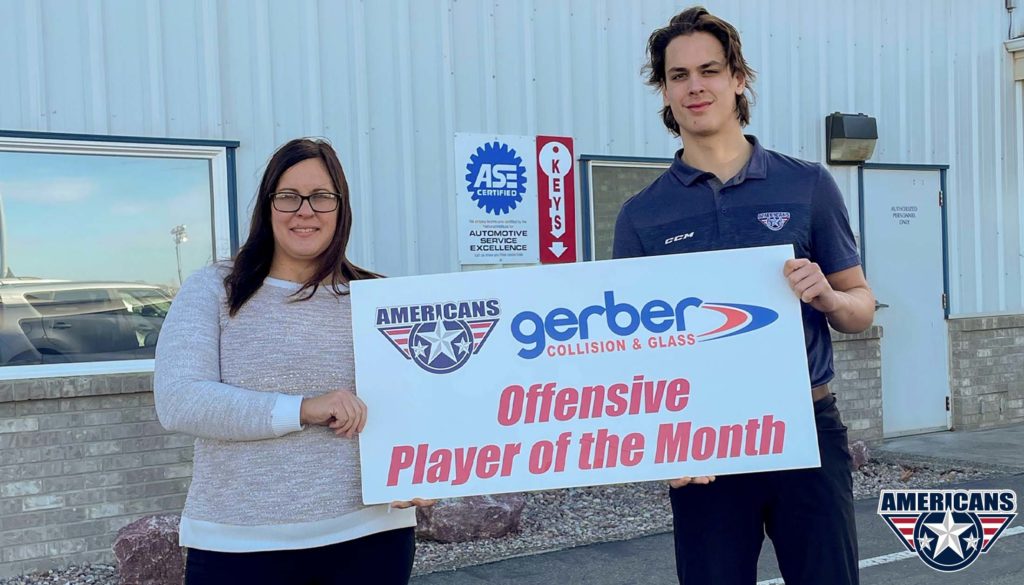 Kennewick, Wash. – The Americans announced today that forward Parker Bell has been named the team’s Gerber Collision & Glass Offensive Player of the Month for October.

Bell, a  six-foot-four and 200-pound left winger, led the Americans in scoring during the month of October with three goals and four assists through eight games played, including a goal and an assist in both of the Americans October wins.

The 18-year-old native of Campbell River, B.C. was named to NHL Central Scouting’s initial Watch List for the upcoming NHL Draft. Bell received a ‘C’ rating, indicating a potential fourth-, fifth- or sixth-round selection. As a late 2003-born player, Bell is eligible to be selected for the first time in the 2022 NHL Draft.

Parker Bell and the Americans will return to the Toyota Center on November 26 to take on the Vancouver Giants. Single game tickets can be purchased at the Toyota Center Box Office or online from Ticketmaster here. For information on how you can build your own ticket package and save with Americans Flex Packs, click here!