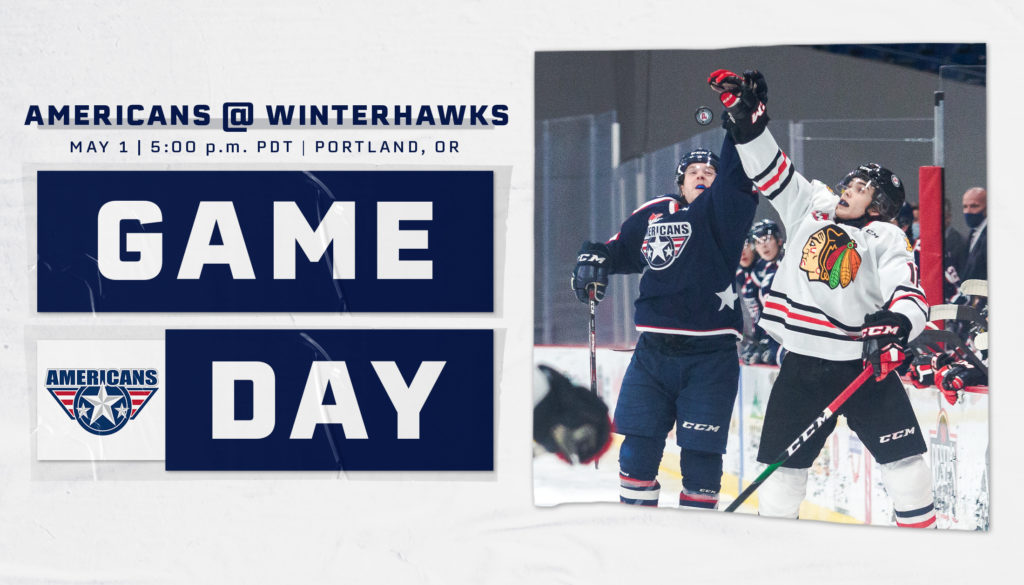 The Americans head to Portland today in search of their first road win of the season.

Tri-City and Portland have already met twice this season. Once in Kennewick and once in Portland, with the home team taking the victory both times.

They most recently played each other on April 2nd when the Americans fell 6-2 in Portland. Sasha Mutala scored both goals for the Americans, both assisted by Connor Bouchard. Netminder Talyn Boyko faced a season-high 42 shots against from the Winterhawks.

The Winterhawks might see Cross Hanas, Clay Hanus and James Stefan return to the lineup tonight. The three players, and Jack O’Brien who played his first game of the season with Portland last night, have returned from the USHL and completed the WHL’s quarentine period and passed COVID-19 protocols to return.

The Americans returned to game action on Wednesday for the first time since April 13th. Tri-City didn’t show many signs of rust coming off ten days of isolation, but the Chiefs ultimately were able to edge out the Americans 5-3.

Tri-City was ready to play from the start and opened scoring 4:39 into the game with a goal from Luke Zazula. Booker Daniel and Nick Bowman also scored on Wednesday for the Americans. Bowman’s goal marks his first of the season.

The Americans controlled play most of the night in Spokane, but saw the game slip away as the Chiefs capitalized on a pair of Americans penalties. Tri-City was 0/1 on the power play and the Chiefs were 2/5 with a man-advantage.

Mason Dunsford played in net for the Americans. It was the 17-year-old netminder’s second start this season. He stopped 22 of 26 shots faced. The Americans led shots on goal 36-27.