Game Preview: Americans take on Winterhawks in final home game of the season 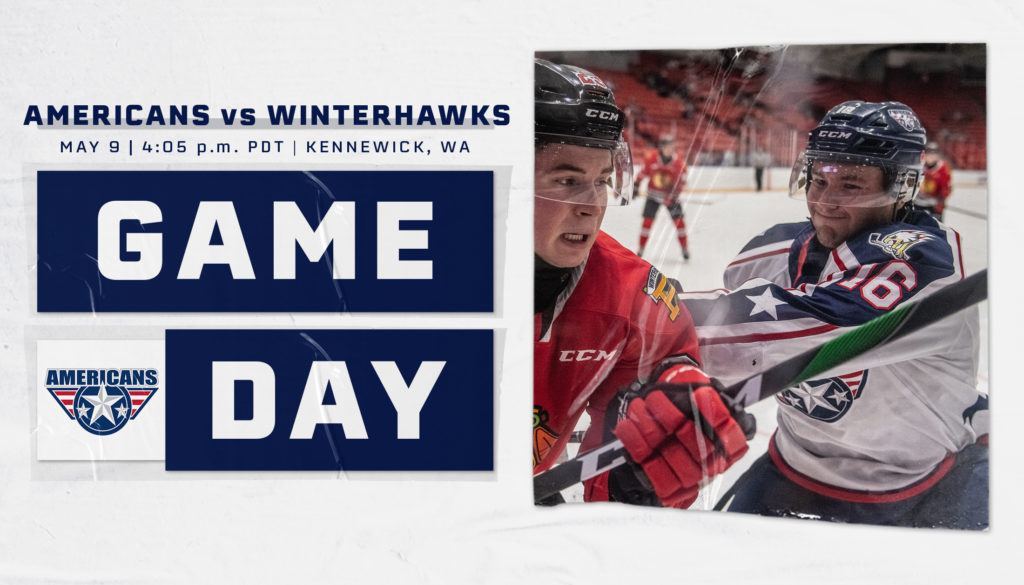 The Americans match up against the Portland Winterhawks tonight for their final home game of the season. Tri-City will look to break a two game losing streak and end the home portion of their 2020-21 season with a win.

The two teams have played four times prior this season and split wins with each team taking victory twice. They most recently played on Wednesday when five straight first period goals carried Portland to a 7-2 victory at the Toyota Center. Tri-City and Portland will play once more on Tuesday when they wrap up the shortened 2020-21 season in Portland.

Talyn Boyko has started in net for the Americans all four games against the Winterhawks. Mason Dunsford is expected to get his second straight start in net tonight.

The Ams last played on Friday when they fell to the Seattle Thunderbirds 5-2.

Friday’s game started strong for the Americans. Nick Bowman put Tri-City on the board first with a goal early in the first period. The goal is Bowman’s fourth over the past five games. Connor Bouchard added a second goal early second period to give the Ams a 2-0 lead over the Thunderbirds.

The game turned in favor of Seattle halfway through the second period. Jared Davidson scored the Thunderbirds first goal to put them within one. Henrik Rybinski then followed with two straight, including a shorthanded goal, to give Seattle the lead before the end of the second frame. They went on to add two more to take a final 5-2 victory.

Mason Dunsford played the full game in net for the Americans and stopped 40 of 44 shots faced. The Ams were outshot 45-20 by the Thunderbirds, a season-high shots faced.