Game Preview: Ams to wrap up season in Portland 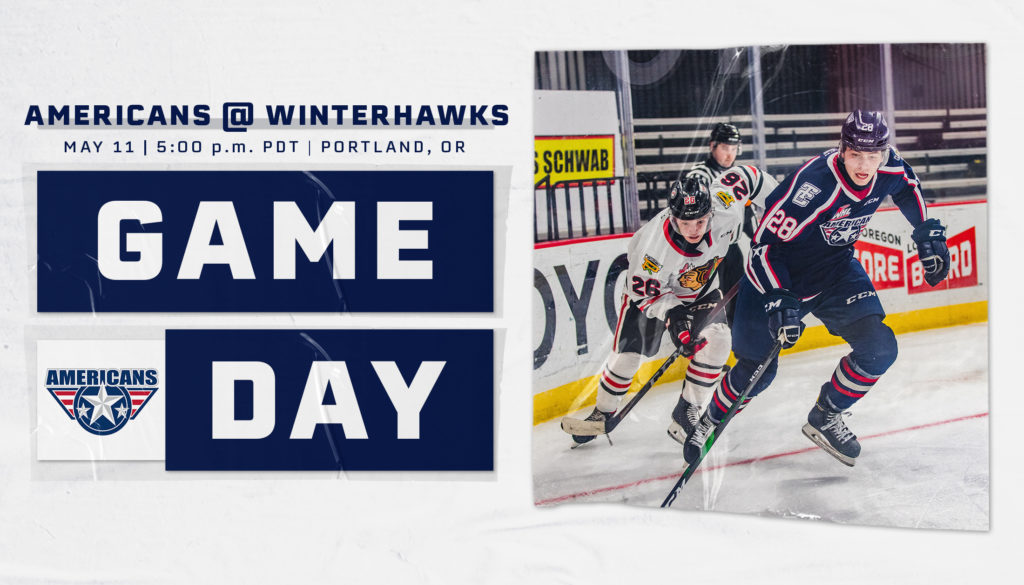 The Americans and Winterhawks will both wrap up their 2020-21 seasons tonight at the Veterans Memorial Coliseum. The two teams have already faced each other five times. Tri-City will look to even the series tonight and get their third win against Portland.

Mason Dunsford has started in net the past two games for the Americans. His first time making multi starts in a row this season. He is expected to start in net again tonight as Talyn Boyko is day-to-day with an upper-body injury.

Tonight will be the third time Tri-City and Portland have played in the past week.

The Americans fell 9-1 to the Winterhawks on Sunday in their final game at the Toyota Center this season.

Robbie Fromm-Delorme opened scoring 5:10 into the game with an unassisted goal for the Winterhawks. Cross Hanas followed with the game-winning goal later in the period, scored 4-on-4. Portland took a 2-0 lead into the first intermission.

The Winterhawks took off with their lead in the second period as they added five straight more goals to make the game 7-0.

Luke Zazula put the Americans on the board with a power play goal with two minutes remaining in the third period.

Portland followed with two more goals in the third period to take a final 9-1 victory.