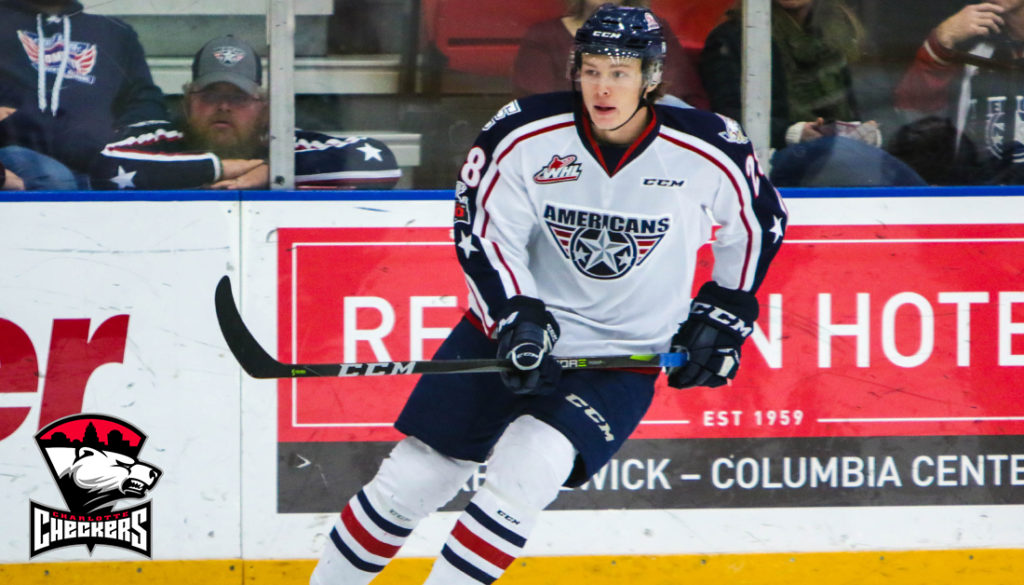 Geekie, a 20-year-old center, has recorded 10 points (5 goals and 5 assists) so far through the playoffs with points in all eight games.

Last year the Strathclair, MB native totaled 27 points (17 goals and 10 assists) through 14 playoff games for the Americans. Geekie had an impressive rookie campaign in Charlotte finishing the regular season with 46 points (19 goals and 27 assists) through 73 games.

The Checkers, the AHL affiliate of the Carolina Hurricanes, recently swept the Hersey Bears in round two of AHL playoffs advancing to the Eastern Conference Final. This ties the farthest the team has ever made it in the Calder Cup Playoffs. They also made it to the Eastern Conference Final in their inaugural AHL season in 2010-11 before losing to eventual champion Binghamton in four games.

Geekie and the Checkers will move on to play the Toronto Marlies in the conference final beginning on Friday, May 17th in Charlotte.