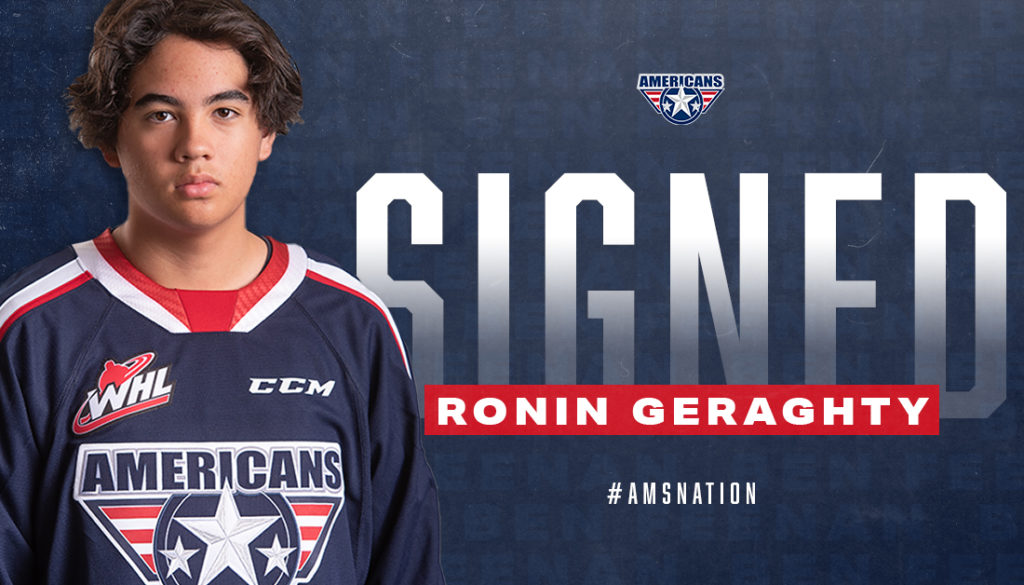 “Ronin is a quality goaltending prospect that adds depth to our organization,” stated Tory. “We are pleased that Ronin and his family have chosen the WHL and Tri City Americans for his development and the pursuit of his hockey goals.”

Geraghty was listed by the Americans in May. The 2004-born netminder played last season with West Vancouver Academy and led all CSSHL Bantam Prep goaltenders with 13 wins and 2.87 goals against average in the regular season.

He made his first WHL start tonight at the Toyota Center against the Spokane Chiefs. Geraghty stopped 41 of 48 shots faced.

The Americans are on the road for the next two weeks. Watch them take on the Everett Silvertips in their return to the Toyota Center on February 7th. Get your tickets here.