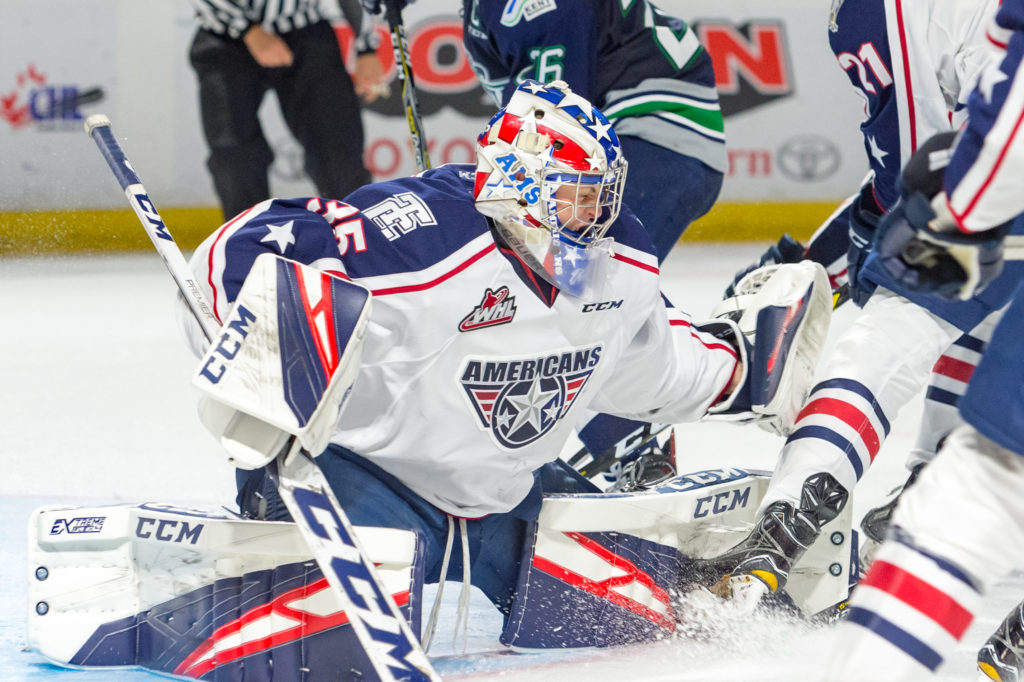 The Americans played in Moose Jaw today for their eighth of eleven straight away games. The Warriors earned a 7-0 win handing the Americans their second shutout loss of the season.

Scoring started quickly and continued through the game for Moose Jaw. Tate Popple beat Beck Warm with a wrist shot from the right circle at 1:20 to open scoring. Moose Jaw scored two more goals in the first period. Jet Woo took off with the lead just 35 seconds into the second period putting the Warriors up 4-0. They went on to score three more times for a 7-0 victory. All seven goals came from separate scorers.