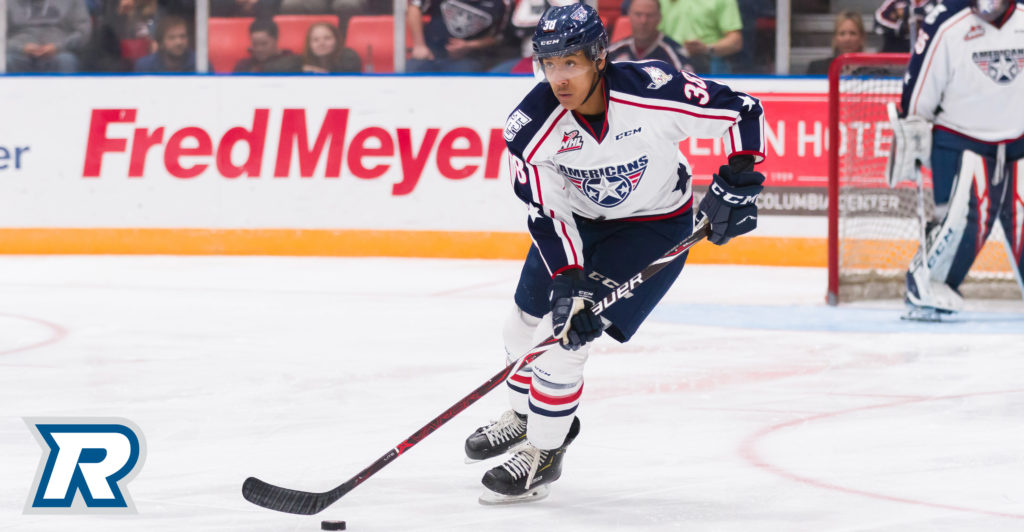 Hyman spent the first 1 ½ seasons of his Western Hockey League (WHL) career in his hometown with the Calgary Hitmen before being traded to the Seattle Thunderbirds. The defenseman won the WHL Championship and played in the Memorial Cup with Seattle in 2016-17. He was traded to the Regina Pats the following season and competed for the Memorial Cup a second time when Regina hosted the 2018 tournament.

Hyman landed with the Americans this past November in exchange for Brett Clayton and a 3rd round 2019 Bantam Draft pick. He finished his junior career with an offensive breakout season, posting 50 points (10 goals, 40 assists) in 68 total games.

Hyman finished his WHL career this past season and will now take advantage of the WHL Scholarship program. For each season played in the WHL, a player is awarded with a one-year post-secondary scholarship, which includes tuition, compulsory fees, and required textbooks.

“I chose to attend Ryerson because of how competitive and determined this program is to win a championship and develop its players during that process,” stated Hyman.

We are offering a limited time deal on flex packs. Buy a 12-game flex pack and receive two free tickets to 10/11 against Victoria and two Americans. Shop here.