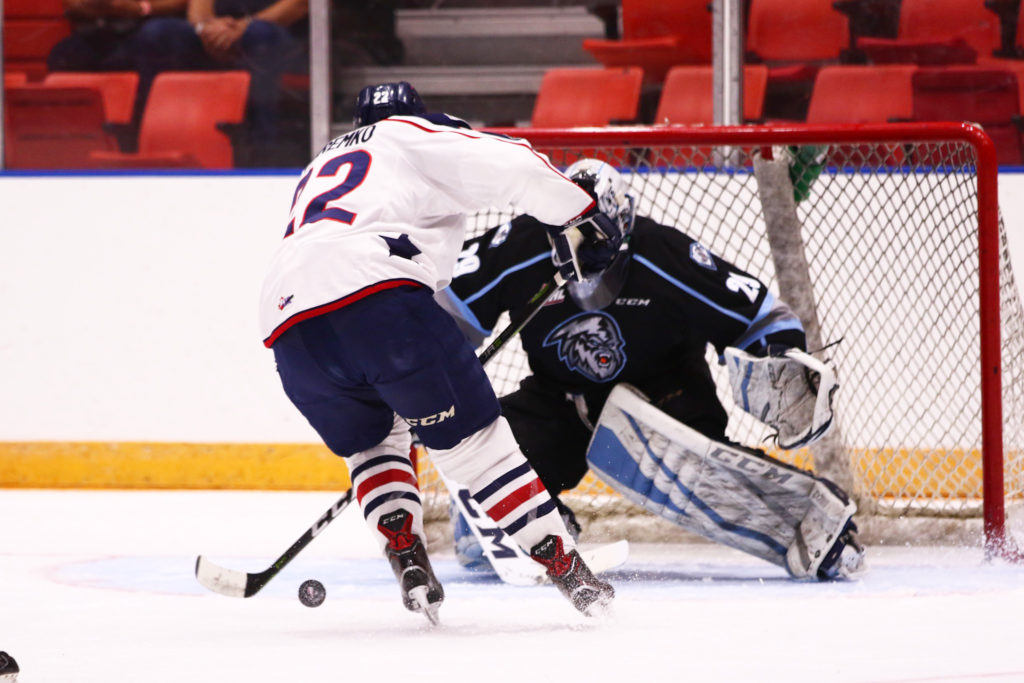 KENNEWICK, WA – The Americans finish day one of the Red Lion Preseason Tournament with a loss to the Kootenay Ice.

Veteran goaltender Beck Warm made a 37 saves in the preseason home opener, but the Tri-City found themselves playing from behind after a series of penalties led to two power play goals for Kootenay.

The Ice were dominant from the initial drop of the puck, winning the majority of face-offs in the first period and establishing their physicality. The Americans came out of last weekend’s preseason tournament in Everett with an impressive 5/16 record on the power play. The Americans were unable to continue their success on the man advantage scoring only one goal on six power plays tonight against the Ice.

Cam Hausinger, Kootenay Ice right winger scored a total two goals, one on a power play and the other on a poor defensive effort by the Americans leading to an open shot on the goal. Both assists from defender, Jonathan Smart. Kootenay goaltender Matt Berlin finished with a save count of 29.

The Americans were outshot a total of 41-31.

The Americans take on the Portland Winterhawks tomorrow at 7:05.