Lukas Dragicevic to Compete at IIHF U18 World Championship 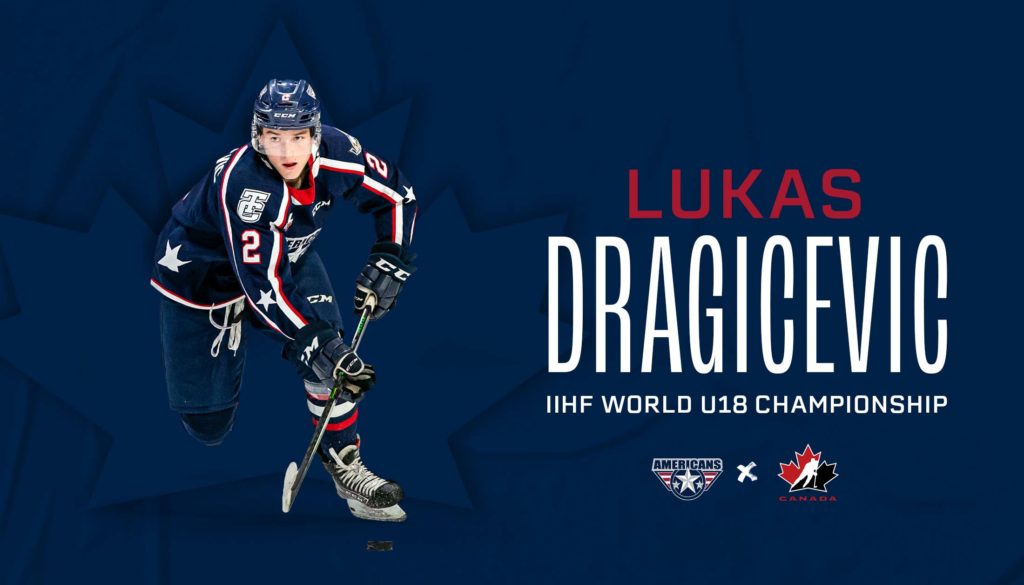 KENNEWICK, WA – Americans defenseman Lukas Dragicevic has been named to Team Canada’s roster for for the upcoming 2022 IIHF World U18 Championship, scheduled for April 23-May 1 in Landshut and Kaufbeuren, Germany.

Dragicevic, a native of Richmond, B.C., was the first defenseman selected in the 2020 WHL Prospects Draft at fourth overall. He led all WHL 2005-born defenseman in scoring this season as he put up six goals and 26 assists through 62 games played for Tri-City. With 0.52 points-per-game, Dragicevic had the highest points average for a 16-year-old Americans defenseman in team history.

Dragicevic, who will turn 17 on April 25, is one of just four 2005-born players on Team Canada’s roster.