Lukas Dragicevic Upgraded to ‘A’ Rating by Central Scouting 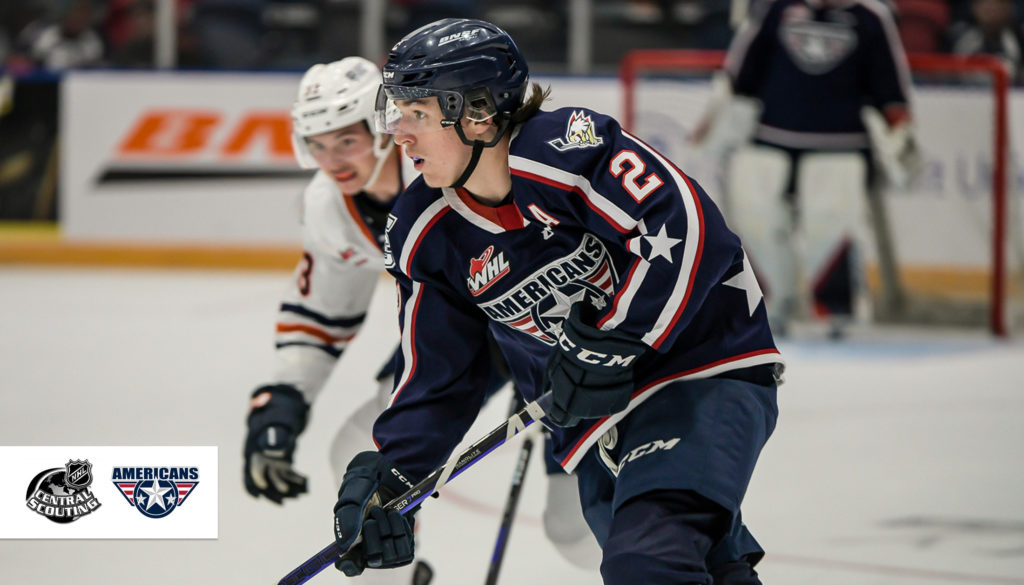 KENNEWICK, WA – NHL Central Scouting announced today that Americans defenseman Lukas Dragicevic has been upgraded to an ‘A’ rated skater after ranking him with a ‘B’ rating on last month’s players to watch list.

Players with an ‘A’ rating are considered potential first-round selections for the 2023 NHL Draft, set to take place June 28-29 at Bridgestone Arena in Nashville.

Central Scouting gave Dragicevic a ‘B’ rating, indicating a potential second- or third-round selection, on their initial list published October 25. In 10 games since that list was released, he has recorded at least one point in every game.

Dragicevic, from Richmond, B.C., leads the Americans in scoring and sits second among WHL defensemen with 28 points (six goals, 22 assists) through 20 games played. He is currently on a 14-game point streak with four goals and 17 assists over that period.

The Americans drafted the six-foot-two, right-shot defenseman fourth overall in the 2020 WHL Prospects Draft after he scored 52 points (eight goals, 44 assists) in 30 games with the U15 Delta Hockey Academy Green program.