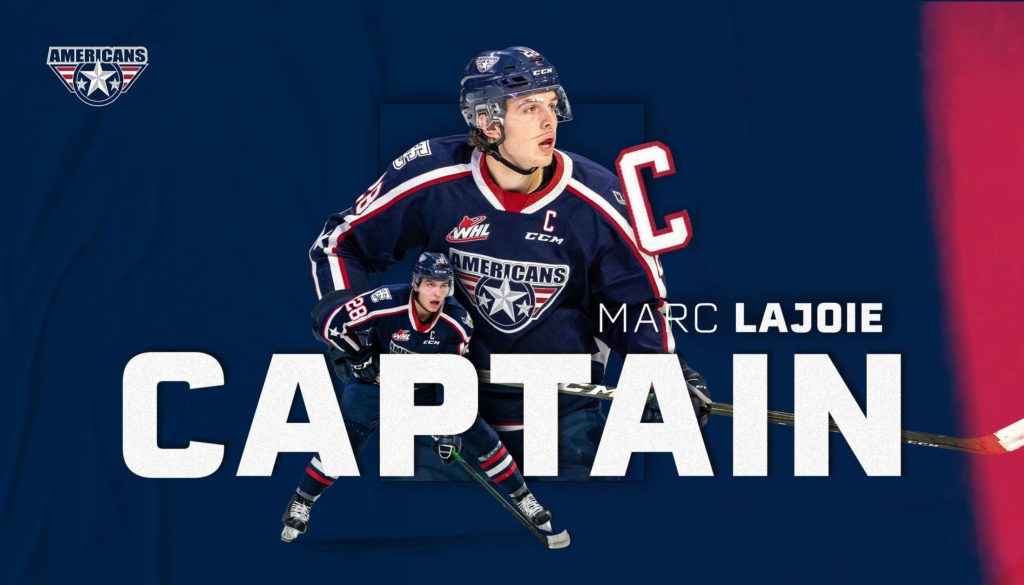 “After going without a captain last season, we felt it was important to establish our team’s leadership early this off-season,” stated Tory. “Marc is a three-year veteran who has matured both on and off the ice. He epitomizes what we are looking for in a leader as someone who can help re-establish our team identity and culture.

“Marc is the first to the rink and always arrives with a smile on his face. He interacts with the office staff with respect and humility. His interactions with teammates are always positive and reassuring especially with our younger players transitioning to the WHL.”

“It is a privilege and honor to be named the next captain of the Americans,” said Lajoie. “There has been a long list of tremendous leaders in Tri-City and I have been fortunate to learn from many of them in my three years with the team.

“I am excited to take on this leadership role and help continue the tradition of excellence, on and off the ice, next year.”

Lajoie becomes the 33rd captain in the franchise’s history following Luke Zazula who served as Tri-City’s captain during the 2020-21 season.

“Marc will be an excellent leader for our group,” said Americans Head Coach Stu Barnes. “He leads by example. His dedication to the game and his teammates is clear every day.”

Season Tickets for the 2022-23 season are on sale now. The Americans are giving away a Connor Bouchard Police K9 jersey to one fan that pays for their ticket in full by June 30. Click here for promotion details.