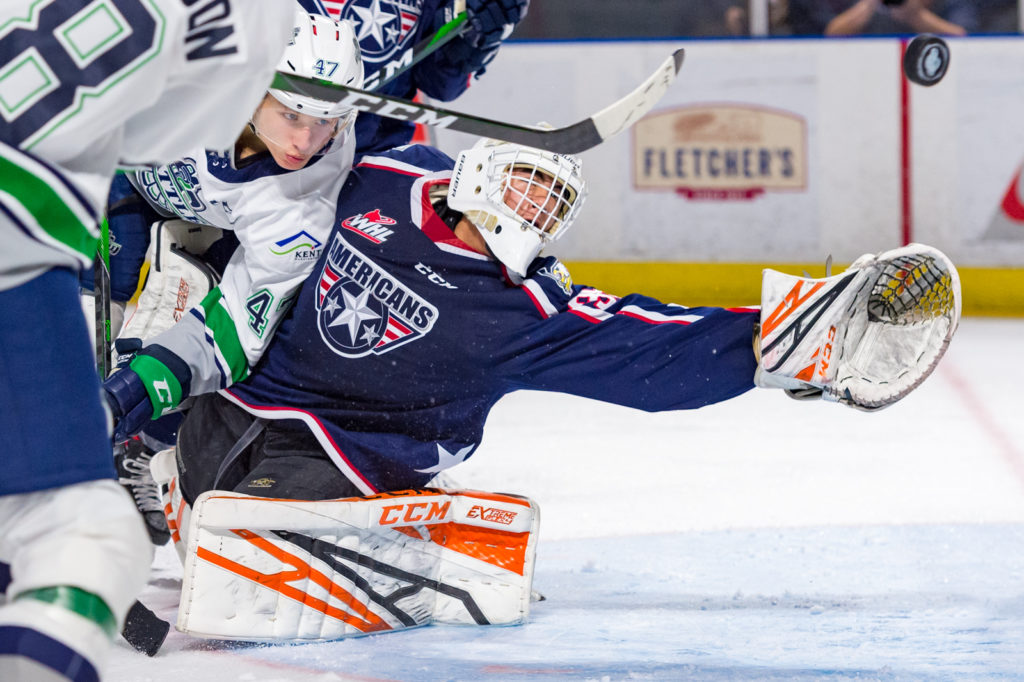 SEATTLE, WA – The Americans kicked off a four game road trip today against the Seattle Thunderbirds. Tri-City kept the game close, but ultimately fell 4-2 to Seattle.

Prospects Rhett Melnyk and Bryson Andregg made their Western Hockey League debut tonight with the Americans. Both players were signed by Tri-City last week.

Matthew Rempe opened scoring for Seattle 6:53 into the first period on the power play. Americans Captain Krystof Hrabik responded late in the period with a shorthanded goal off a corner pass from Sasha Mutala. Hrabik leads the team with four shorthanded goals this season.

The game held tied at one until Henrik Rybinski deflected a shot past Americans goaltender Ronin Geraghty to give Seattle the lead.

15-year-old Geraghty joined the Americans last week as an affiliate player after second-year netmidner Talyn Boyko was injured in Kamloops. Geraghty made his first ever WHL start on Saturday at the Toyota Center, stopping 41 of 48 shots faced from the Spokane Chiefs. After the game he was signed to a WHL Standard Player Agreement by the Americans.

Seattle extended their lead to 3-1 at 16:22 third period off another deflected shot, this time from Max Patterson. Blake Stevenson responded for Tri-City less than a minute later with a goal from the low slot.

The Americans made a hard push but were unable to find a game-tying goal.