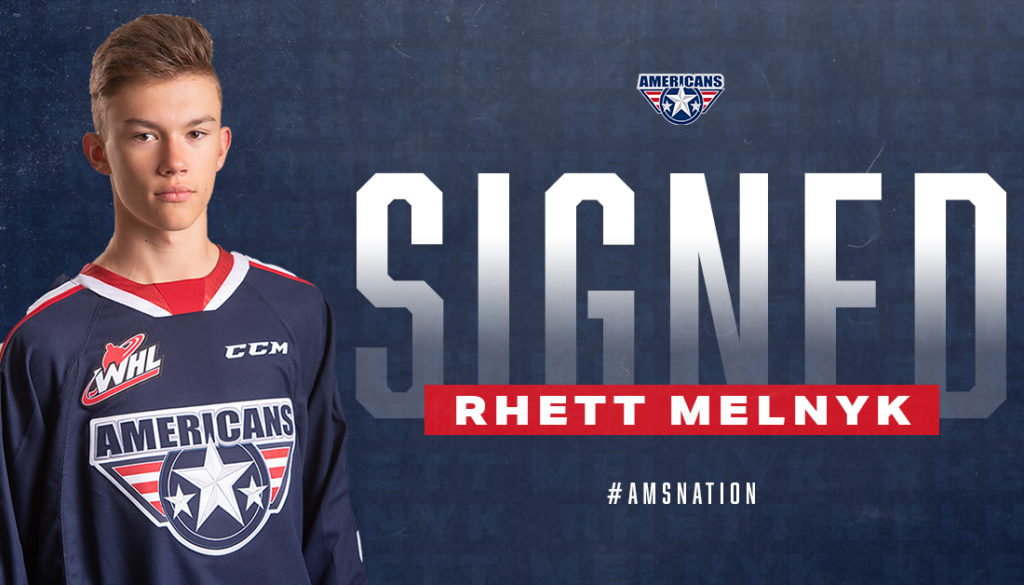 Melnyk, a 5-foot-10 and 165-pound center, currently plays with the Fort Saskatchewan Rangers Midget AAA of the AMHL. Through 25 games played this season he has collected 20 points (ten goals and ten assists) and ten penalty minutes.

“From draft day until now the staff and players I have met within the Americans organization have been great,” stated Melnyk. “I decided to sign with Tri-City because I feel like the team is a good fit for me. This was a decision I wanted to take my time making and I’m thankful that Bob [Tory] gave me the time to work through this process.

“It is an honour to be part of such a great organization. I look forward to my future with the Americans.”

Melnyk, who is a native of Fort Saskatchewan, AB, was selected by Tri-City in the second-round (33rd overall) of the 2019 WHL Bantam Draft. He played last season in the ABMHL with the Fort Saskatchewan Rangers Bantam AAA. Melnyk finished the regular season tied for second in AMBHL scoring with 74 points (35 goals and 39 assists) through 33 games. He was also named the league’s Top Forward in the North.

His success continued into the post-season where he won a provincial championship with the Rangers. In 13 post-season games, Melnyk added five goals and 15 assists for 20 points.

“Rhett is a dynamic player with tremendous speed,” stated Tory. “He has excellent offensive instincts and has been a leader on all of his teams.

“We are excited about his future with our hockey club and would like to welcome Rhett and his family to the WHL and Tri-City Americans.” 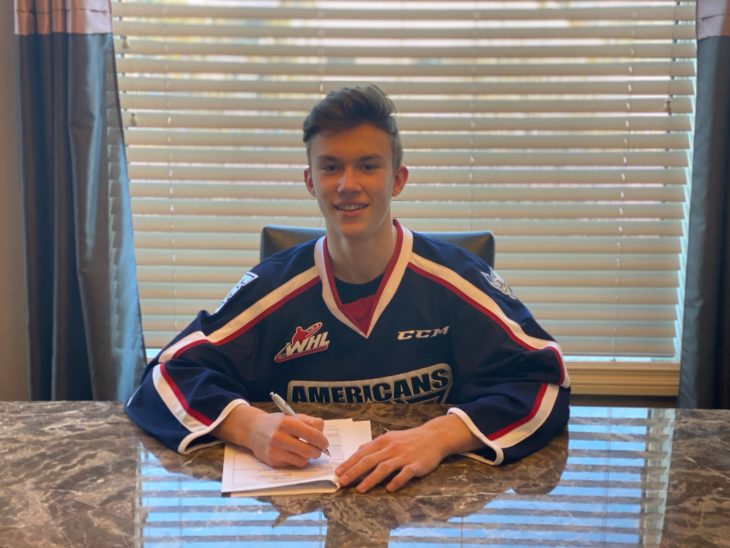 The Americans return to the Toyota Center on Saturday, January 25th to take on the Spokane Chiefs. Get your tickets for the popular rivalry game here.