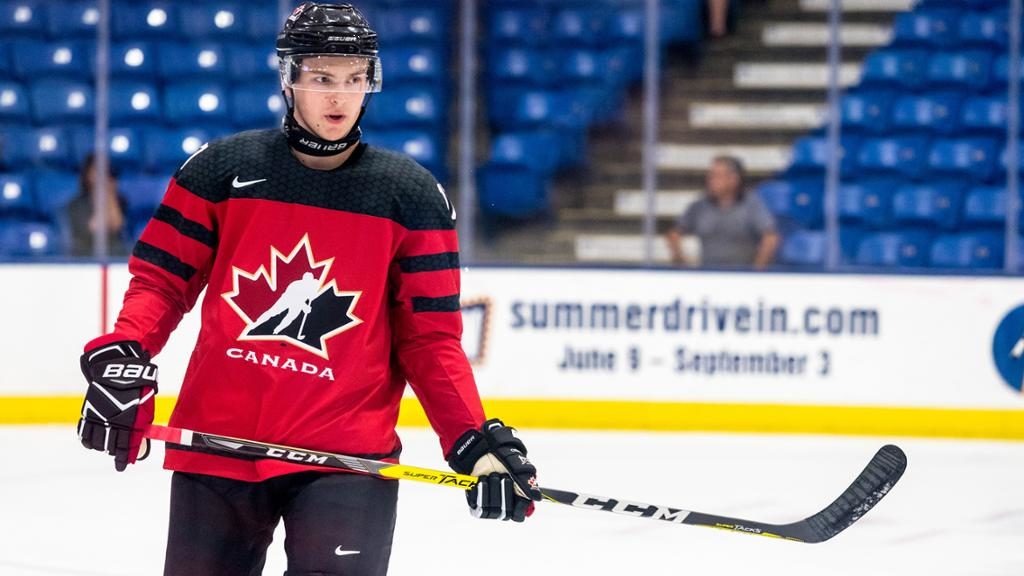 The Sport Chek World Junior Showcase will take place in Kamloops, B.C., July 28-Aug. 4. Invited players will audition for a spot on Team Canada’s National Junior Team for the 2019 IIHF World Junior Championship, which will take place in Vancouver and Victoria this December. The eight day-long camp will consist of eleven international competitions between six teams. Two teams from each Canada and the U.S. will attend, as well as European rivals Finland and Sweden.

The 6’6″ center played for Team Canada’s U-18 team at the 2017 Ivan Hlinka Memorial Cup where he had 3 points (2G, 1A) in 5 games. Rasmussen also made Team Canada’s roster for last year’s World Junior Summer Showcase in Plymouth, MI, but only played one game due to an earlier wrist injury.

Rasmussen was selected 9th overall in the 2017 NHL Draft by the Detroit Red Wings. Seventeen players on the Sport Chek World Junior Showcase roster have been drafted in the first round of the NHL Draft.