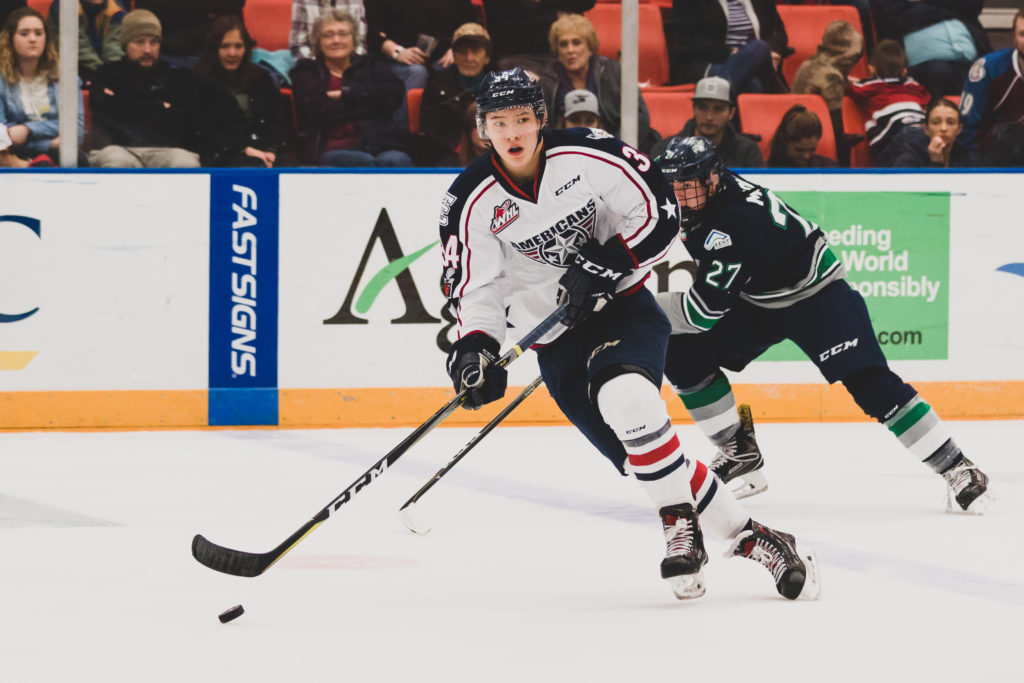 The roster was finalized on Wednesday following a five-day selection camp in Calgary, AB. Fourty-four players took part in on- and off-ice sessions at the camp, including three intrasquad games.

Mutala, listed at 6’0 and 187-pounds, appeared in 68 games and tallied 26 points (11 goals, 15 assists) during his rookie campaign with the Americans. The Vancouver, BC native is the only player from the WHL U.S. Division selected to represent Canada at the Hlinka Gretzky Cup.

“We are very proud of Sasha and know he will represent Tri-City well,” said Tory. “This opportunity is great for his continued development as a great player.”

The best-on-best competition will take place in Edmonton and Red Deer Aug. 6-11. Eight countries will participate in the tournament. Canada has won gold 21 times in 27 years of the competition.

Mutala had an opportunity to wear the Maple Leaf for Team Canada last November at the 2017 World U-17 Hockey Challenge. He was the captain for Canada Black and recorded 8 total points (5G, 3A) in 5 games.