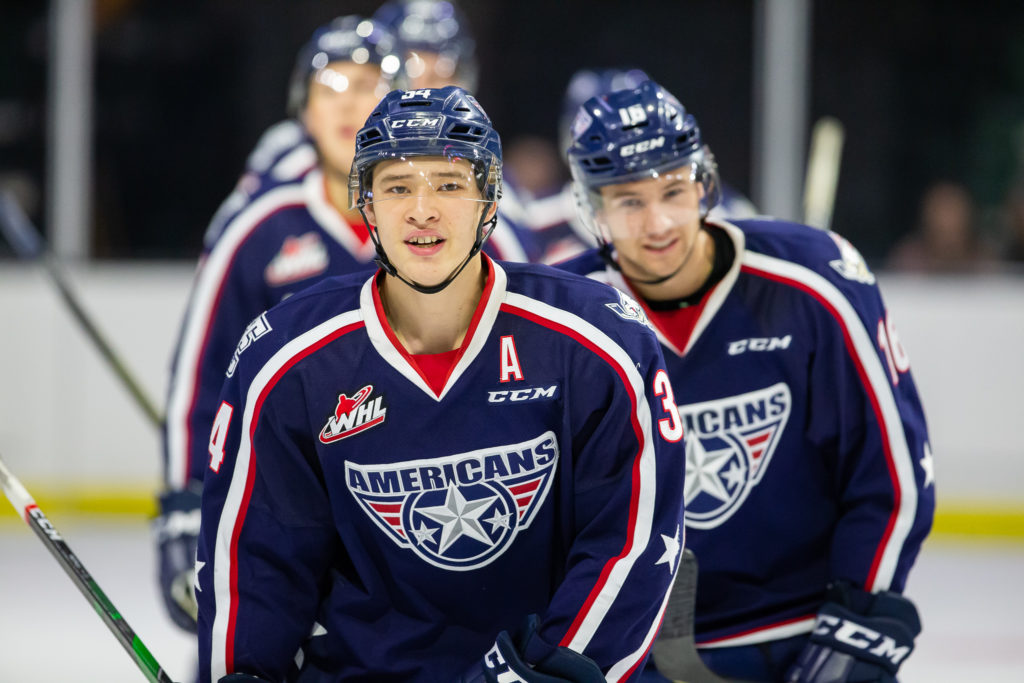 The Americans played their last game of the Everett Preseason Tournament this afternoon against the Portland Winterhawks. After losing their first two games of the tournament, Colorado Avalanche prospect Sasha Mutala scored a hat trick to seal a 3-2 victory over Portland for the Americans.

Tri-City found themselves on the board first tonight after an early first period power play goal from Mutala, assisted by Krystof Hrabik and David Homola. Mutala added another goal in each the second and third periods, both even strength, to complete a hat trick.

Mutala, selected by the Colorado Avalanche 140th overall in the 2019 NHL Draft, will join his NHL club at development camp later this week. Four other Americans players will also be attending NHL development camps.

The Americans were out shot 28-18 by the 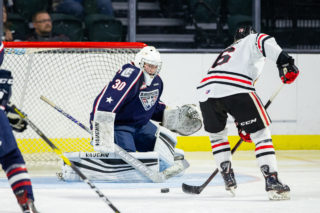 Winterhawks in today’s game. Rookie goaltender Mason Dunsford, who signed with the club in April, made his first WHL start and played all 60 minutes. He stopped 26 of 28 shots faced to ensure Tri-City’s victory.

Next Thursday the annual Red Lion Preseason Tournament begins in Kennewick at the Toyota Center. The Americans will match up first against the Winterhawks on Thursday at 7:05 PM.