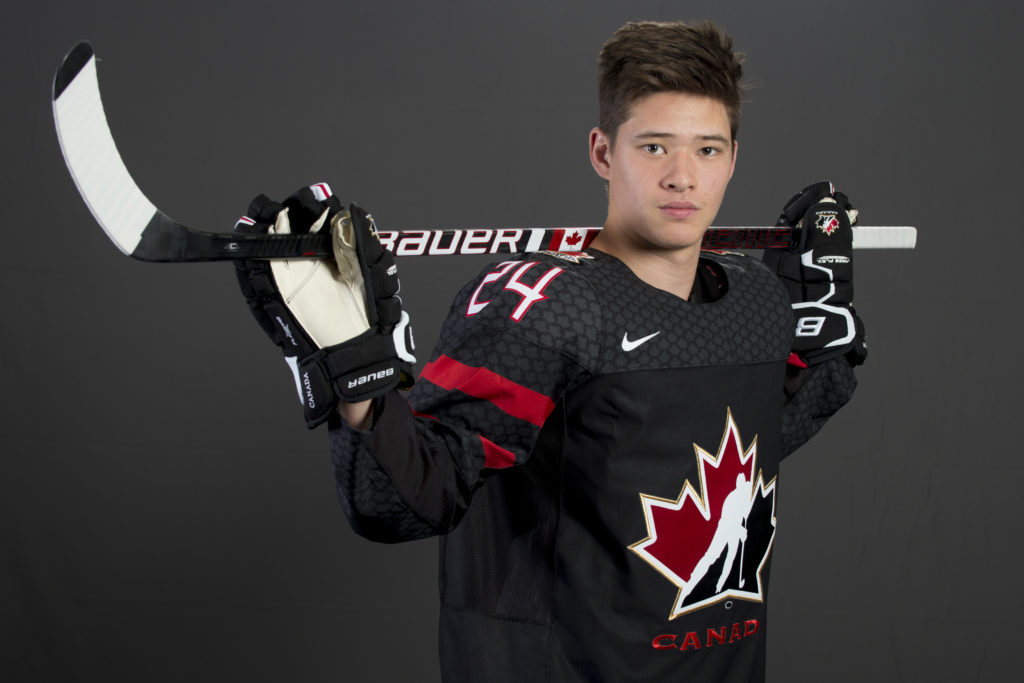 Alexis Lafrenière (Rimouski Océanic) and Mutala both scored twice while goaltender Taylor Gauthier (Prince George Cougars) stopped all 16 shots he faced in a relief appearance as Canada captured its 22nd gold finish at the event.

Canada responded to climb into the lead before the first period expired. Just 41 seconds after falling behind 20, Mutala picked up his first of the night when he got his stick on a release from defenceman Bowen Byram (Vancouver Giants). Kirby Dach (Saskatoon Blades) followed suit with a tip-in of his own that came on an assist from Lafrenière with 5:25 left in the first. Lafrenière proceeded to provide a highlight reel marker on a solo rush with 2:06 left in the opening frame to put Canada up 3-2.

Canada outshot Sweden in the first period by a tally of 15-5.

Mutala went back to work with 7:48 left in the second frame, taking a Dylan Holloway shot off the helmet before the puck went over the goal line. Mutala’s second was the only goal in the second period as Canada headed to the third up 4-2.

Josh Williams (Medicine Hat Tigers) and Ryan Suzuki (Barrie Colts) continued their fine work together five minutes into the third, connecting to give Canada a three-goal cushion on a nifty give-and-go. Williams picked up his fifth goal of the tournament while Suzuki pulled into a tie for the tournament lead with seven assists.

Lafrenière’s second of the night came on the power play with 6:06 left in the third stanza. A puck caromed off the end boards, off the pad of Swedish netminder Hugo Alnefelt and into the net as Canada led 6-2 on Lafrenière’s fifth goal of the Hlinka Gretzky Cup.

The final horn would sound as Canada celebrated before an energetic crowd at Rogers Place, outshooting Sweden 40-19 in a 6-2 win to repeat as Hlinka Gretzky Cup gold medalists.

Lafrenière and Russia’s Vasili Podkolzin finished tied for the tournament lead in scoring with 11 points each while Gauthier led all goaltenders with a 1.11 goals-against average and a .943 save percentage.

Canada played to a perfect 5-0 record, outscoring opponents 30-12 in the process.