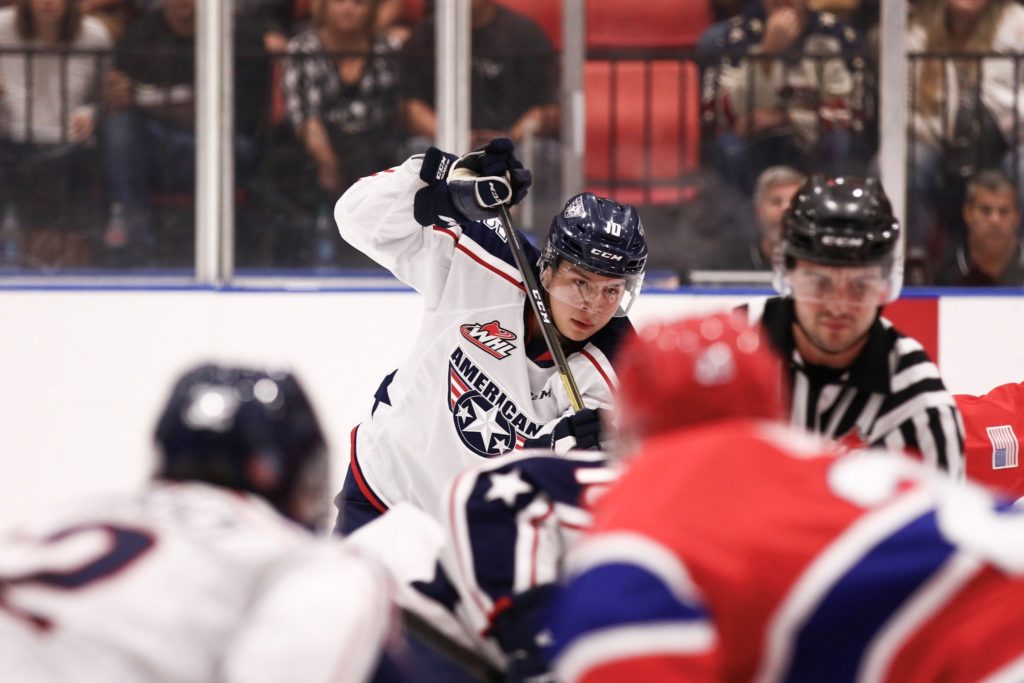 The Americans wrapped up their preseason tonight at the Toyota Center against the Spokane Chiefs. After taking an initial lead in the first period, Tri-City ultimately fell to the Chiefs 3-1.

Rookie goaltender Mason Dunsford played his fourth WHL preseason game tonight. He stopped 29 of 32 shots faced from Spokane. Dunford, selected 115th overall by Tri-City in the 2018 WHL Bantam Draft, was signed by the club last April after leading his team to the CSSHL Championship.

Nikita Krivokrasov opened scoring tonight giving Tri-City an early lead. The goal, scored unassisted, is Krivokrasov’s second of the preseason. Tri-City held the one goal lead into the second period.

Spokane turned the game around with three power play goals in the second frame. The Chiefs’ first goal came from Noah King at 4:42, following a roughing call on Tri-City’s Landon Roberts.

Ian Ferguson took a roughing penatly, giving Spokane another man-advantage. The Chiefs were able to again capitalize on the power play with a goal from Bear Hughes.

Sequoia Swan and Nikita Krivokrasov both took minor penalties at 12:44, putting the Chiefs on a 5-on-3 power play. With 13 seconds remaining on the two minute penalties, Erik Atchison scored Spokane’s insurance marker.

The regular season will open for the Americans this Friday in Everett. They will play the first five games on the road before returning home to the Toyota Center on Saturday, October 5th.