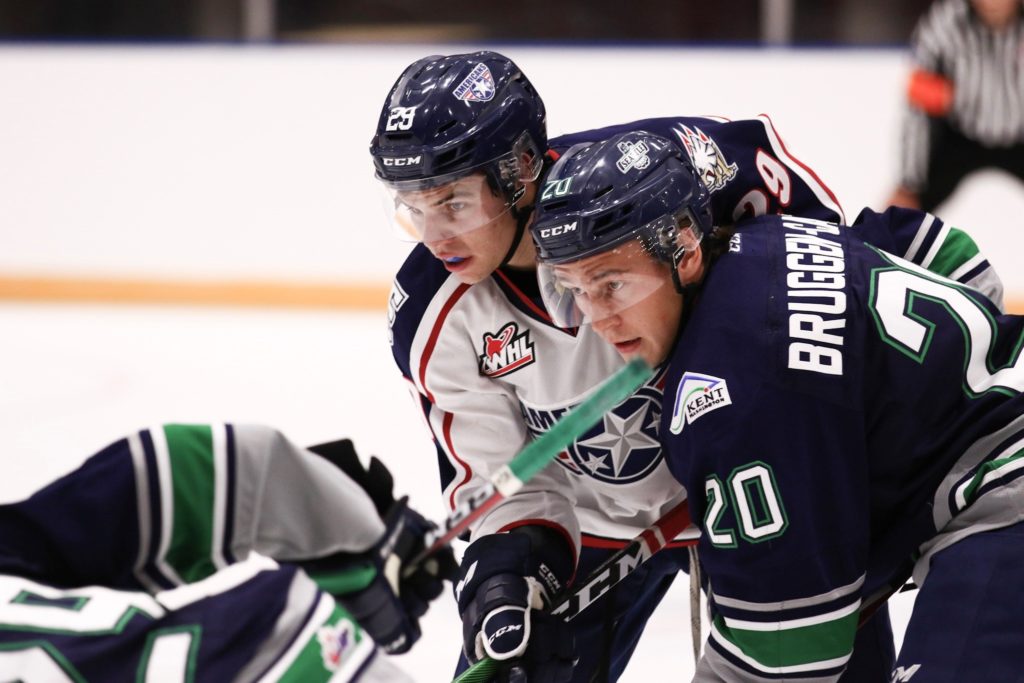 Today was the second day of the 2019 Red Lion Preseason Tournament at the Toyota Center. Tri-City played the evening game against Seattle, falling 6-1.

Kai Uchacz put the Thunderbirds on the board first tonight after finding a loose puck beside the net. Payton Mount extended Seattle’s lead with a power play goal later in the first period.

Mount’s goal marked his first of the preseason, he went on to record a hat trick in tonight’s game. All three of his goals were scored on the power play.

Bowman was acquired by Tri-City last January in a trade with the Kootenay (now Winnipeg) ICE. He has recorded one goal and two assists in three games through 2019 preseason with the Americans.

Seattle added a fourth power play goal in the third period to finalize a 6-1 victory.

After recording three power play goals in last night’s 5-3 victory over Portland, the Americans were 0/6 on the power play tonight. Seattle finished 4/7 with a man-advantage.

The Spokane Chiefs and Portland Winterhawks matched up earlier in the day. Spokane, playing with a short roster, fell to Portland 4-3. View the box score from that game, here.

Tomorrow is another day of hockey action at the Toyota Center. The final day of  the Red Lion Preseason Tournament includes a 3:00 PM game between Seattle and Portland, and a 7:05 match between Tri-City and Spokane.