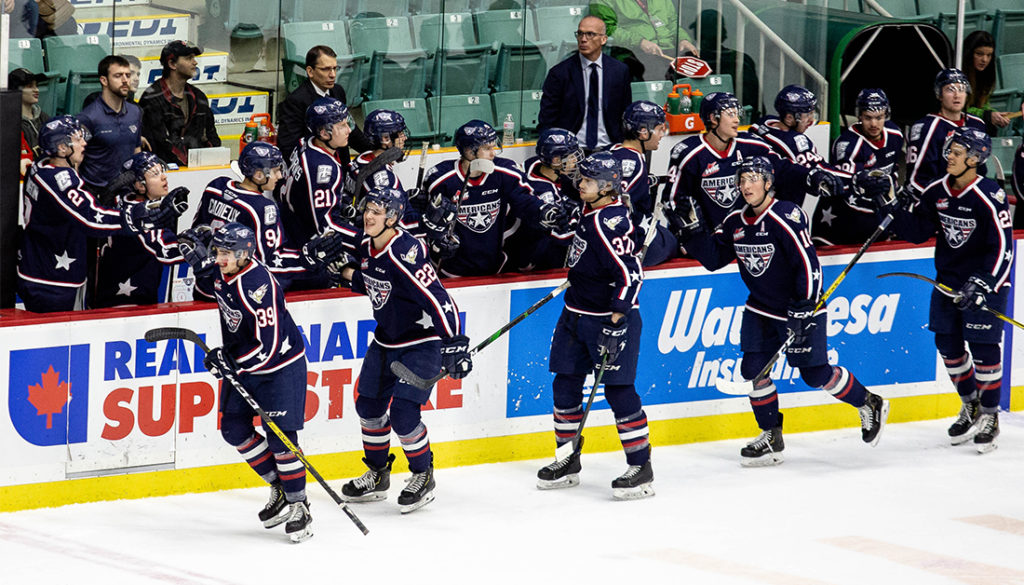 PRINCE GEORGE, BC – After eight straight losses and 13 straight road losses, the Americans snapped both streaks tonight with a 3-2 victory over the Cougars in Prince George.

Defenseman Luke Zazula opened scoring tonight for the second night in a row [READ]. Zazula’s goal this evening game on a 5-on-3 man advantage 12:25 into the first period.

Tri-City held on to the one goal lead until Jonny Hooker tied the game for Prince George 1:15 into the second frame. The Cougars followed mid-period with a goal from Vladislav Mikhalchuk to take a 2-1 lead.

With one second remaining in the second period, Booker Daniel scored his fifth of the season with a deflection off a hard shot from Jayden Platz to tie the game for Tri-City.

Rookie Mason Dunsford played the full game in net for the Americans. The 16-year-old stopped 37 of 39 shots faced and earned his first ever WHL victory.