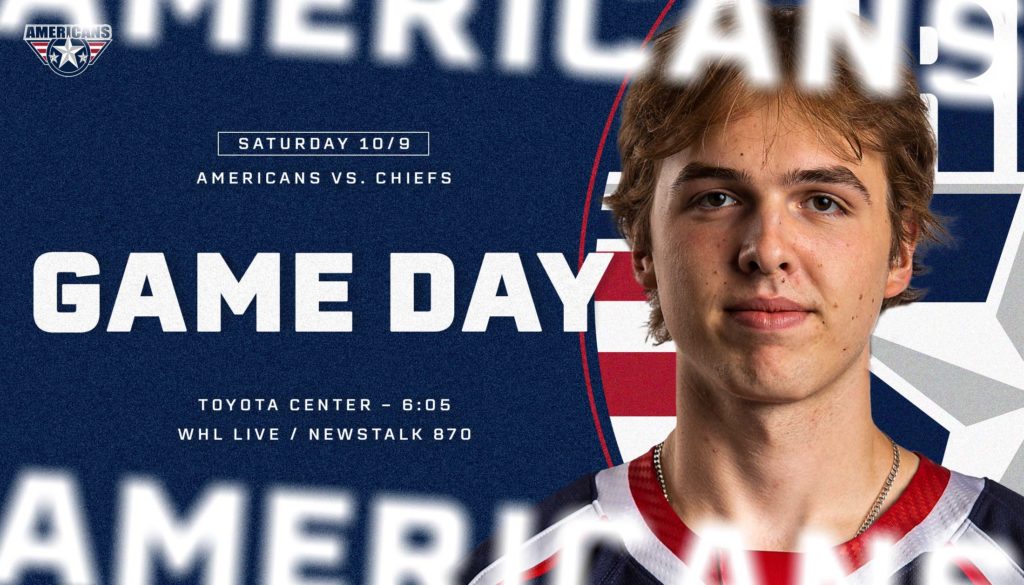 The Americans opened the season with back-to-back wins last weekend. They will look to continue their hot start as the Spokane Chiefs visit Kennewick tonight.

Tonight’s game is second of 14 times the two rival teams will face off this season.

In their first meeting, Tri-City’s Tyson Greenway and Parker Bell, and Spokane’s Jack Finley each had one goal and one assist. Tomas Suchanek was a stand out star for the Americans earning a win in his first WHL start in net. The 18-year-old native of the Czech Republic stopped 42 of 45 shots faced. The Americans showed resilience by coming back after trailing the Chiefs 3-2 to start the third period. Tyson Greenway, Parker Bell, and Rhett Melnyk added three straight goals in the final frame to steal back the game.

The Americans will look for a stronger start tonight as they were out shot 37-8 through two periods in Spokane.

After defeating the Chiefs 5-3 last Saturday, the Americans have had the week off from game action. They will look to use the extra rest to their advantage as tonight will be the second of back-to-back games for the Chiefs. They played last night in Spokane, suffering a 5-3 loss to the Thunderbirds.