Preview: Americans Face Off Against Blazers for Weekend Doubleheader in Kamloops 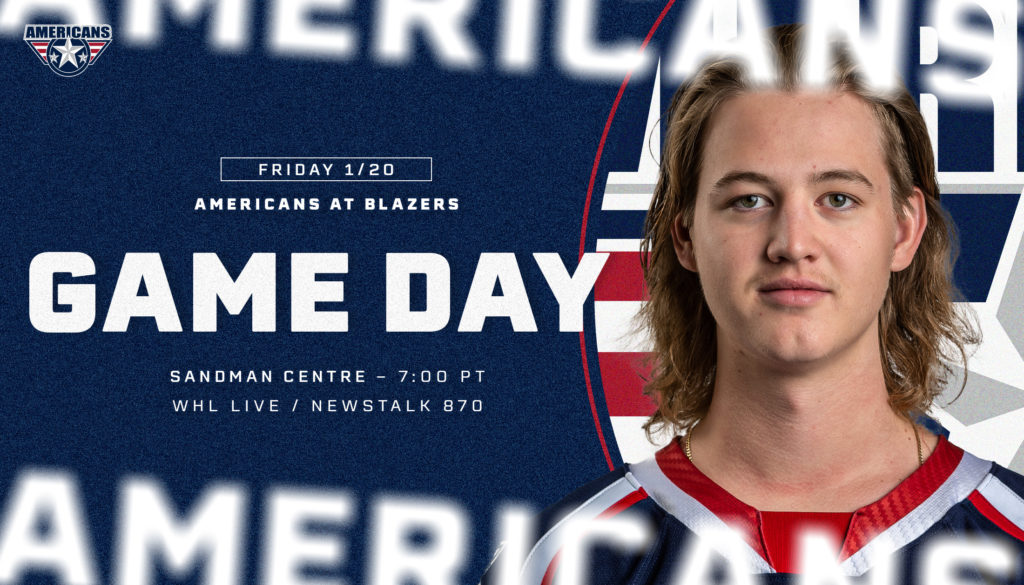 The Americans and Blazers will wrap up their season series this weekend with a pair of games at the Sandman Centre.

Kamloops won both prior meetings between the two teams this season at the Toyota Center. Logan Stankoven leads head-to-head scoring with three goals and three assists against the Americans. Lukas Dragicevic is the lone Ams player to have multiple points against the Blazers with one goal and one assists. The Ams led their season series against Kamloops 2-1-0-0 last season.

The Ams completed a comeback against the Victoria Royals on Wednesday at the Toyota Center. After falling behind 4-0 in the first period, Tri-City fought their way back through the remainder of the game and earned a 5-4 victory. Ethan Ernst led Tri-City with a pair of goals and one assist. Parker Bell, Tyson Greenway, and Reese Belton also scored for Tri-City. Tomas Suchanek started in net for the Ams, but was relieved by Nick Avakyan after the first period. Avakyan went on to make 11/11 saves through 40 minutes. Over his last five appearances in net, Avakyan is 3-0-2-0. The Ams are now an impressive 14-4-1-0 at home this season.

Tri-City has struggled on the road this season but broke their nine-game road losing streak last weekend with a victory in Vancouver. They will look to continue that success tonight and build on their six-game point trend