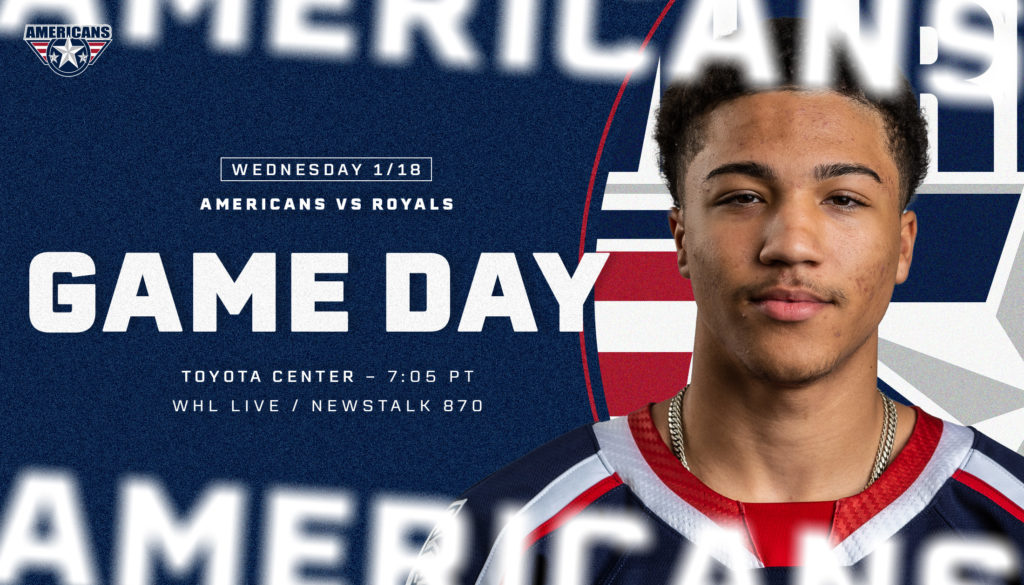 The Americans will host the Victoria Royals today for their lone game at the Toyota Center this week. Tri-City returns from a pair of games on the road with three more points in the standings after an overtime loss in Everett and, most recently, a 7-3 victory in Vancouver.

Tri-City’s last game at the Toyota Center was also against the Royals, when the Ams won 6-4.

Deagan McMillan led the way that night as he recorded his first WHL hat trick.

Although the Royals struggled to start the season, they seen massive improvement since acquiring goaltender Braden Holt and are 7-2-0-1 over their last ten games.  Victoria is just one point out of the playoffs behind the Kelowna Rockets. While the Americans are sitting at fifth in Western Conference, one point behind Everett for home ice advantage in the first round.

The Americans are coming off a strong game in Vancouver, defeating the Giants 7-3 with goals from seven different scorers. It was Tri-City’s first victory on the road since they defeated the Wheat Kings in Brandon on November 4th. Tomas Suchanek and Adam Mechura make their return to the lineup after competing with Czechia at the World Junior Championship.

Tri-City will look to continue their success at home tonight as they have points in ten straight games at home, an 13-4-1-0 overall record at the Toyota Center.