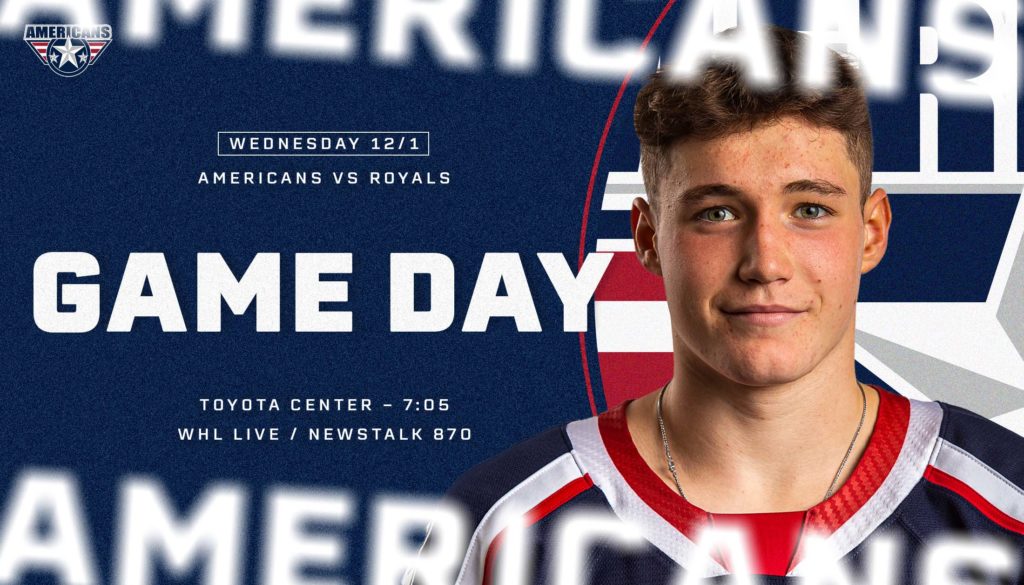 The Americans will kick off December with a weekday game against the Victoria Royals tonight at the Toyota Center. It will be the first time the two teams have played since January 6, 2020 in Victoria.

Tri-City is looking to get back in the win column and snap a four game losing streak. There might not be a better team to matchup against than the Royals, who are currently last in the WHL standings with a 3-11-3-0 record. However, Victoria has been heating up recently with a 2-1-3-0 record over their last five games. Their strength has been shutting down power plays with 79% success on the penalty kill and improving to 84.6% when on the road. The Royals played last night in Spokane where they fell 6-5 in overtime to the Chiefs.

The Americans most recently played last Saturday when they fell 5-1 in Seattle. Nick Avakyan started in net for the Americans. The 2004-born netminder kept the Americans in the game early, only allowing one goal on 20 shots faced through the first period. The Thunderbirds took off in the second period with a trio of goals. Marc Lajoie came through with a goal for the Americans 8:18 into the third period. The Americans defenseman scored with a wrist shot from the circle that snuck past the glove of Thunderbirds goaltender Thomas Milic. Rhett Melnyk and Parker Bell received assists on the goal. Avakyan stopped 50 of 55 shots faced.

Lajoie will play his 100th WHL game tonight against Victoria. The 18-year-old native of St. Albert, Alta. was selected 14th overall by the Americans in the 2018 WHL Prospects Draft. Through 99 career games, he has scored 13 goals and added 15 assists.