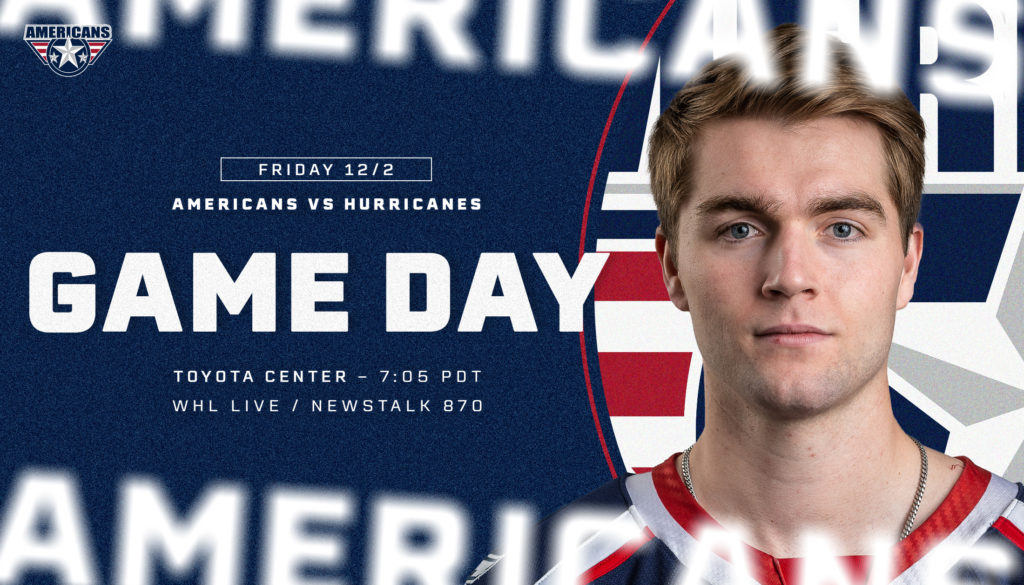 Coming off back-to-back wins last weekend, the Americans will look to continue their momentum with another pair of games at the Toyota Center. Tonight they will face off against the Lethbridge Hurricanes, who are visiting Kennewick for the first time since December 8, 2018.

Tonight will be the only time Tri-City and Lethbridge meet this season. The two teams last played each other on November 9th, 2019 in Lethbridge as the Americans took a 3-2 victory. The only players on Tri-City’s current roster that were in the lineup that night are Marc Lajoie and Parker Bell.

The Ams will look to continue that trend and build on their current win streak. They won both of their games at the Toyota Center last weekend with a 4-2 victory over the Chiefs on Saturday and most recently a 4-3 victory over the Thunderbirds on Sunday.

Nick Avakyan led the Americans on Sunday with a 42 save performance, earning his first victory of the season. Ethan Ernst (shorthanded), Adam Mechura, Jordan Gavin, and Lukas Dragicevic (shorthanded) scored for the Americans.

Dragicevic, a prospect for the 2023 NHL Draft, extends his point streak to 17 games with a goal and an assist on against the Thunderbirds. He has six goals and 19 assists over that period.

Seattle continued to put pressure on Tri-City as they shots 22-2 in the final period. Avakyan put on an impressive show in net and held onto the victory for Tri-City. The Glendale, Calif. native turned aside 42 of 45 shots faced.