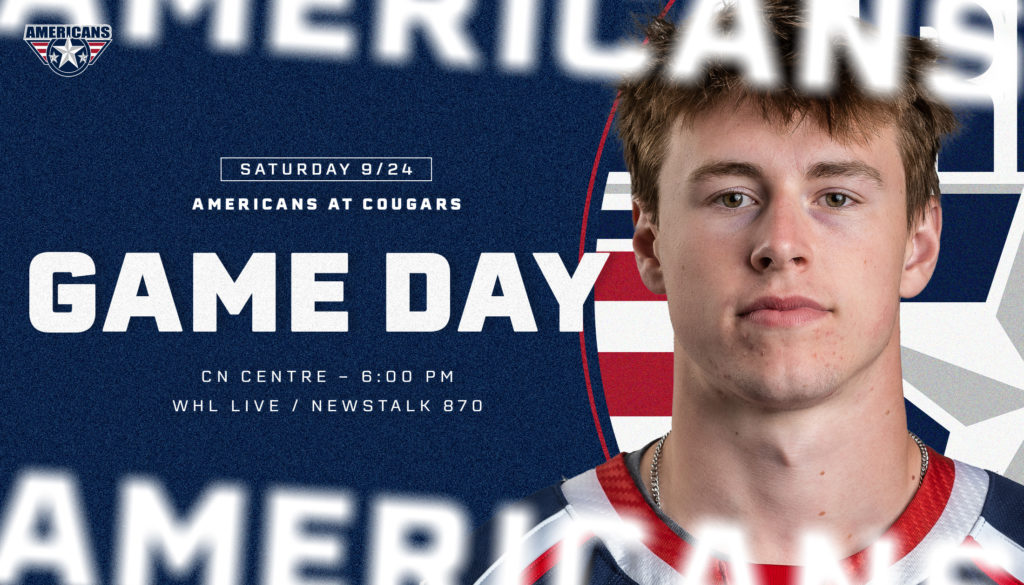 The Americans fell 5-1 last night against the Cougars as they struggled to find their offensive stride on WHL opening night.

20-year-old defenseman Ian Ferguson opened season scoring with Tri-City’s lone goal of the night. Ferguson’s goal, the third of his career, came off an odd-man rush set up by Jake Sloan six-minutes into the third period. Sloan now has a point in all four career games he’s played against the Cougars (3-1-4). Czechia netminder Tomas Suchanek, who just returned from pro camp with the Buffalo Sabres, played the full game in net for the Americans. Turning aside 36 of 41 shots faced. Tri-City was out shot 41-24 by Prince George.

Tri-City will look to rebound tonight as they take on Prince George again at the CN Centre. It will be the second of four games between the two teams this season. Last year the Americans and Cougars split series victories with each team winning once in Kennewick and once in Prince George.

The Americans will continue the first stretch of their season on the road next weekend as they head to Everett and Portland.

Tri-City’s Home Opener at the Toyota Center will take place on Saturday, October 8th against the Edmonton Oil Kings.