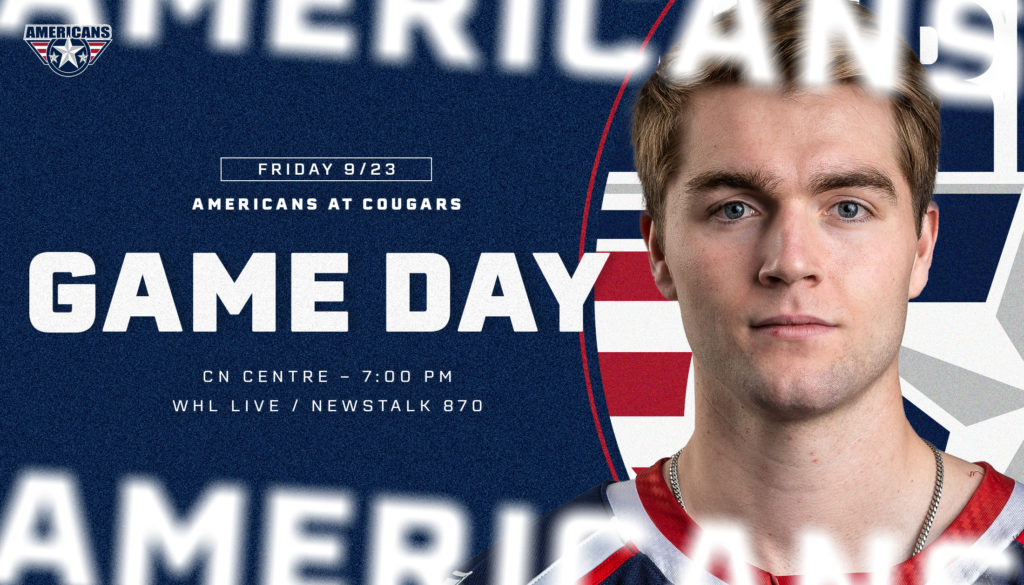 The Americans and Cougars will open the 2022-23 WHL regular season this weekend at the CN Centre. It will be the first of four meeting between the two teams this season. Last year they split victories with each team winning once in Kennewick and once in Prince George.

Jake Sloan, Tri-City’s leading scorer during the preseason, was exceptionally good for the Americans last season against Prince George with three goals and one assist. He scored in all three games that he dressed against the Cougars.

Over the offseason, Tri-City acquired forwards Reese Belton from Kamloops and Chicago Blackhawks prospect Jalen Luypen from Kamloops. Luypen is currently recovering from an upper body injury, but will be available to join the Americans later this season. Adam Mechura, selected by Tri-City in the 2022 CHL Import Draft, is another notable addition to Tri-City’s roster.

Jordan Gavin is Tri-City’s star rookie to watch this season. Gavin, the second overall pick in the 2021 WHL Prospects Draft, played nine games with the Americans as an affiliate player last season. A prolific scorer in his minor hockey days, Gavin carried that into the preseason as he recorded two goals and three assists in four exhibition games.

The Americans will continue the first stretch of their season on the road next weekend as they head to Everett and Portland. Tri-City’s Home Opener at the Toyota Center will take place on Saturday, October 8th against the Edmonton Oil Kings.