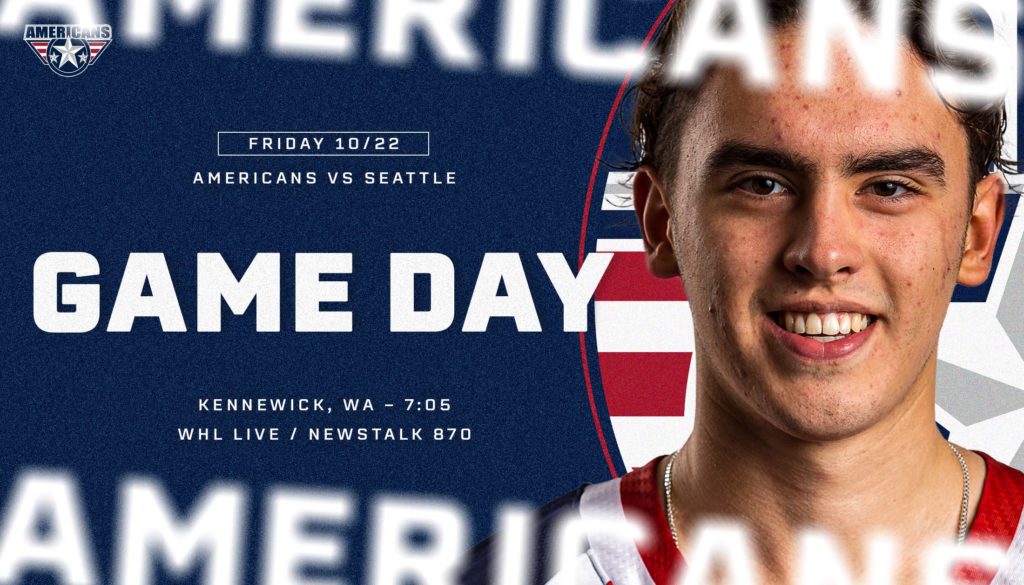 The Tri-City Americans (2-3-0-0) return home tonight to take on the Seattle Thunderbirds (3-2-1-0) for the first of back-to-back games this weekend at the Toyota Center.

The Americans have had a week of practice since last playing in Portland on Saturday, October 16 when they fell to the Winterhawks 4-3.

Despite the loss, the Americans had a promising game in Portland.

Rhett Melnyk opened scoring as he forced a Portland own goal on power play, ending Tri-City’s five period scoring drought. The goal counts as Tri-City’s second shorthanded goal of the season, both by Rhett Melnyk. Landon Roberts followed later in the period as he swept the puck in for Tri-City’s second goal of the night. The Americans’ scoring momentum continued with a goal from Parker Bell 6:45 into the second period. Petr Moravec forced a turnover with a poke check in Portland’s zone and took a wrist shot from the blue line that was deflected in by Bell.

The Winterhawks followed with four straight goals, one scored on the power play, to steal a 4-3 final victory.

Talyn Boyko once again played the full game in net for the Americans. He stopped 35 of 39 shots faced. Tri-City was out shot 39-28.

Tonight will be the first game in a four game home stretch for the Americans.