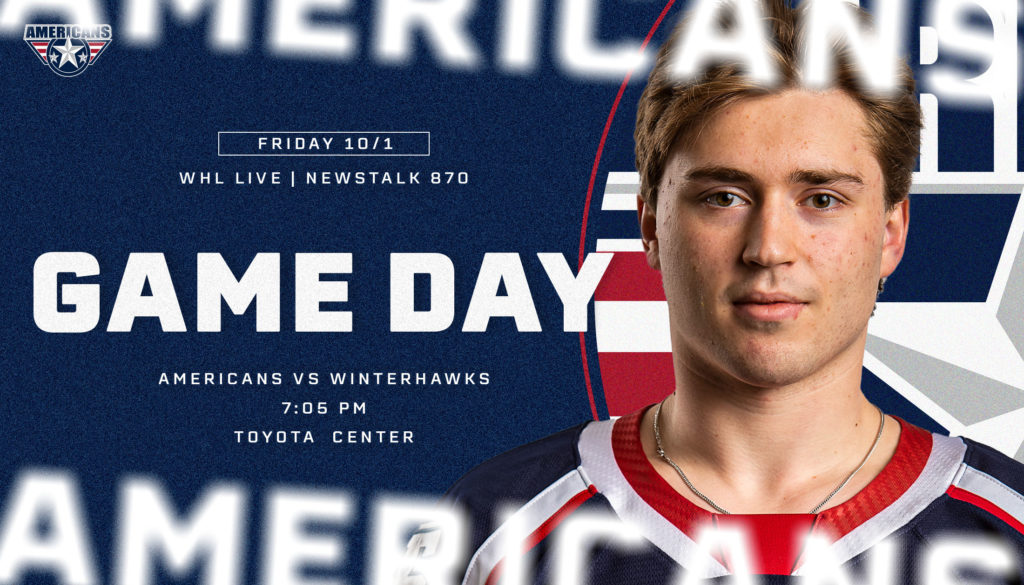 Tickets: Single game tickets can be purchased at the Toyota Center Box Office or online from Ticketmaster here.

The Americans begin a new chapter in franchise history as they open the 2021-22 season with a fresh group of young talent. Twelve members of the Americans roster are entering their first season in the WHL. With only 15 players returning from last season, these budding young stars will play a big role.

Behind the bench, former Americans player and part owner Stu Barnes will lead the team in his first year as Head Coach.

Tri-City started their preseason with a convincing 4-0 shutout victory over the Everett Silvertips. After their hot start, the Americans struggled to find the net and lost the next six games, finishing the preseason 1-5-1-0. Despite their record the Americans had a strong preseason, falling by just one goal in four of their six losses.

Parker Bell led the Ams in preseason scoring with four goals and three assists. Tomas Suchanek also stood out as a star for Tri-City. The Czech goaltender averaged a 0.954 save percentage and just 1.40 goals against through four games played.

It will be an exciting night at the Toyota Center. There will be special player introductions with a pyro show before the game. Be sure to get to your seat early to watch the unveiling of this season’s pre-game intro video.