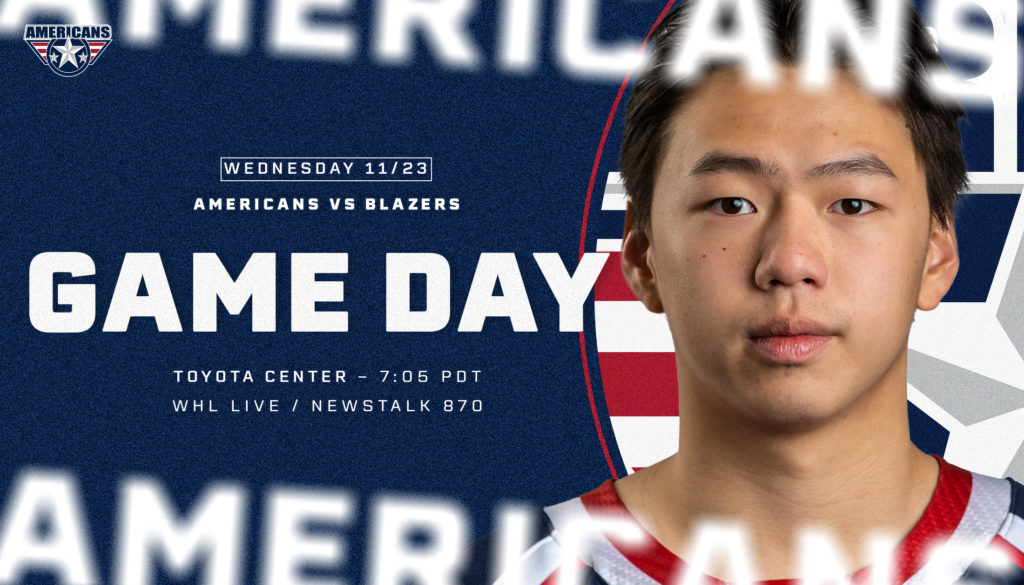 The Tri-City Americans will match up against the Kamloops Blazers tonight at the Toyota Center. It will be the first of seven straight home games for the Americans.

Tri-City and Kamloops have met once prior this season on October 14. The Blazers took a 7-1 victory that night with Alex Serraglio scoring Tri-City’s lone goal of the game midway through the third period. Caeden Bankier led Kamloops with three goals, recording his third career hat trick and first of the 2022-23 season. Logan Stankoven put up two goals and one assist for the Blazers. Tri-City struggled with special teams against Kamloops as they went 0/5 on the power play and allowed three power play goals on five opportunities for the Blazers.

Tonight will be the two team’s final meeting in Kennewick this season. The Americans will travel to Kamloops for a pair of games at the Sandman Centre on January 20 & 21 to wrap up the four-game season series.

Both teams come into tonight’s game looking to get back in the win column. The Blazers fell to the Winterhawks 3-2 in overtime on Saturday. The Americans also most recently played on Saturday as they fell 5-3 in Kelowna.

Tri-City scored three straight with goals from Ethan Ernst, Tyson Greenway, and Reese Belton to put the Americans up 3-1 by early second period. The Americans were unable to hold off the Rockets as they followed with two goals late in the second period to tie the game and two more in the final frame to secure the 5-3 victory.

Both teams were perfect on the penalty kill, Tri-City went 0/6 with a man advantage while Kelowna was 0/3 with each team scoring once shorthanded.

Suchanek played in net for the Americans, turning aside 36 of 40 shots faced.

Ernst recorded his fourth three-point night of the season as he put up a goal and two primary assists on his former team.

Lukas Dragicevic extended his point streak to 14 games as he recorded one assist. His streak stretched back to October 14, the last time Tri-City played Kamloops. The 2023 NHL Draft prospect has four goals and 17 assists over that period.