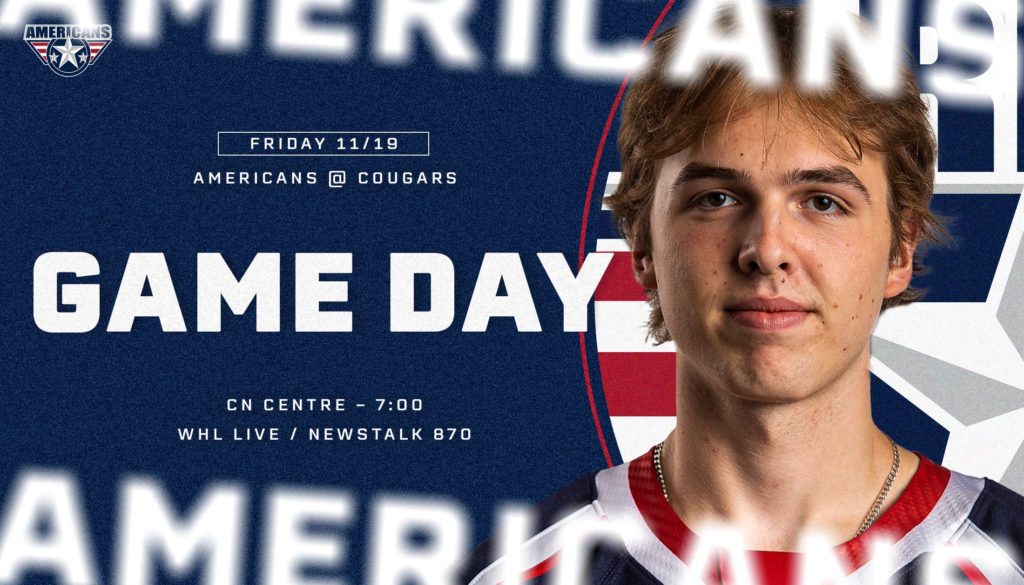 The Americans will kick off a doubleheader weekend against the Cougars tonight in Prince George.

The two teams will faceoff for the first time since the 2019-20 season. They last played on February 1, 2020 when the Americans took a 3-2 victory. Two players scored that night that are still on their team’s roster: Marc Lajoie (TC) and Jonny Hooker (PG). Over the Ams last three trips to Prince George, they have won at least one of the two doubleheader games. Tonight will be the first of four meetings between the two teams this season.

The Cougars come into tonight’s game on a three game losing streak, while the Americans look to earn their second straight win.

Tri-City most recently played last Saturday when they snapped a nine game losing streak with a 6-5 victory over the Portland Winterhawks.

Tri-City was down 3-0 when Ethan Ernst put them on the board with a power play goal late first period. The Americans found their offensive stride in the second period as they scored 4 more straight goals (Huo, Bouchard, Ernst, Huo). Petr Moravec added one final goal for the Ams with 5 minutes remaining in the game to secure the 6-5 victory. Moravec has scored 3 times this season, once in each of Tri-City’s victories

Cole Tisdale played his first game in net since joining the Ams, stopping 41 of 46 shots faced.