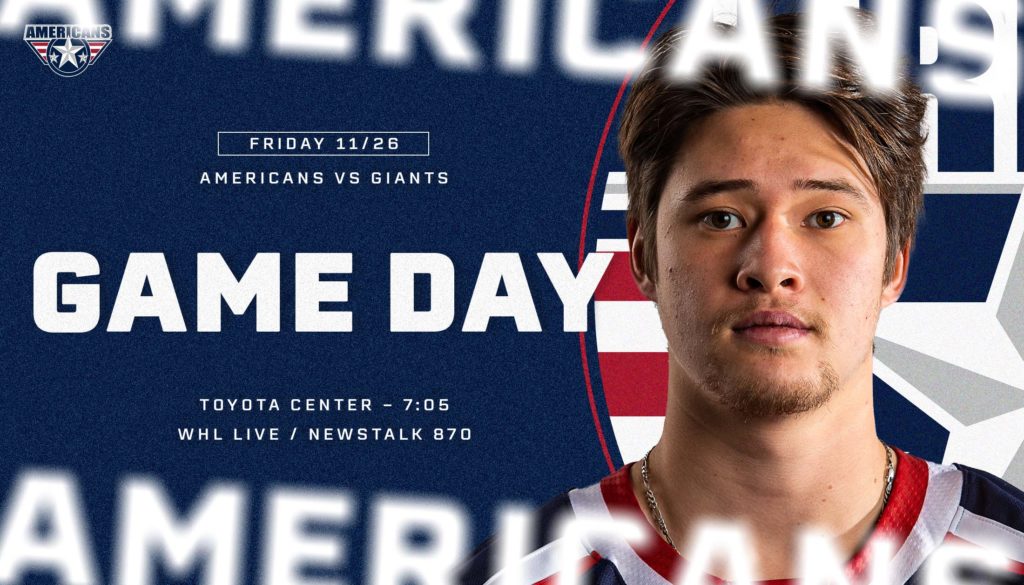 The Americans return to the Toyota Center tonight after three games on the road. They will take on the Vancouver Giants for the first time since February 4, 2020.

Tri-City most recently played on Wednesday in Everett when they fell 6-2 to the Silvertips. Tomas Suchanek started in net for the second straight game after his return from an upper body injury. The Czech netminder kept the Americans in the game as he held Everett scoreless until the midway point of the game. Everett opened scoring 9:09 into the second period with a power play goal. They held a 2-0 lead going into the third period where they added four more goals. Nick Avakyan relieved Suchanek in net after the 4th goal, Suchanek stopped 44/48 shots and Avakyan went on to turn aside 6/8 shots.

The Americans finally broke through two minutes later on the power play as Ethan Ernst scored with a wrist shot from the right circle. Marc Lajoie and Tyson Greenway received assists on the goal. Greenway now has one assist in each of the last four games. Ernst, who joined the Americans on October 23rd, has scored six goals in nine games with the team. Tri-City continued to play hard in the final minutes of the game. With 1:12 remaining, Petr Moravec scored backdoor on Silvertips netminder Braden Holt with a one-timer from the bottom of the right circle. Jake Sloan assisted the goal as he sent the puck across the crease to Moravec.

Tri-City was out shot by a season high 56-20 on Wednesday. Sasha Mutala was in the lineup for the first time since being reassigned by the Colorado Eagles.

The Giants snapped a 4 game losing streak on Wednesday as they defeated Portland 3-2 in OT. The Ams will look to get back in the win column after losing their last two games.

Tri-City and Vancouver will play the first game of their four game season series tonight. The two teams last played on February 4, 2020 when the Ams fell 12-4. Sasha Mutala scored twice for the Ams and Sam Huo and Jadon Joseph each had one goal that night.

Fred Meyer Shoot: Win a gift card from Fred Meyer after the game

Recap: Power Play Success Not Enough for Ams in 6-3 Loss to Silvertips
3 days ago