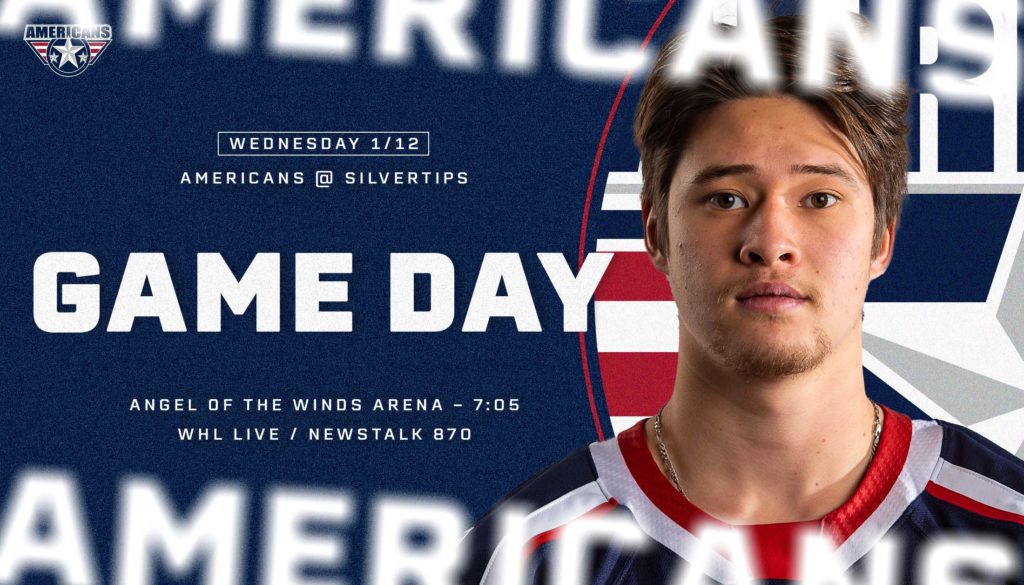 Kennewick, Wash. – After three straight postponed games, the Americans will return to game action tonight as they take on the Everett Silvertips at Angel of the Winds Arena. The Americans will look to snap a three game losing streak while taking down the conference leading Silvertips who are 4-0-0-1 over their last five games.

The Americans most recently played on January 1 when they fell to the Chiefs in Spokane 5-4. Parker Bell and Ethan Ernst each had a goal and an assist for the Americans. Tyson Greenway and Rhett Melnyk tallied Tri-City’s other two goals. Dwayne Jean Jr. had points in back-to-back games for the first time in his career with a goal on 12/31 and an assist on 1/1. Nick Avakyan played in net for the third game in a row, the rookie netminder stopped 20 of 25 shots faced.

General Manager Bob Tory announced yesterday that 20-year-old defenseman Mitchell Brown has decided to take off the remainder of the season to heal from reoccurring injuries. Brown had played eight games this season with two points. The native of Salmon Arm, B.C. played 159 games over five season with the Americans, finishing his WHL career with eight goals, 25 assists, and 148 penalty minutes.

The Americans acquired 18-year-old defenseman Chase Friedt-Mohr from the Edmonton Oil Kings on Monday. He is expected to join the team later this week.