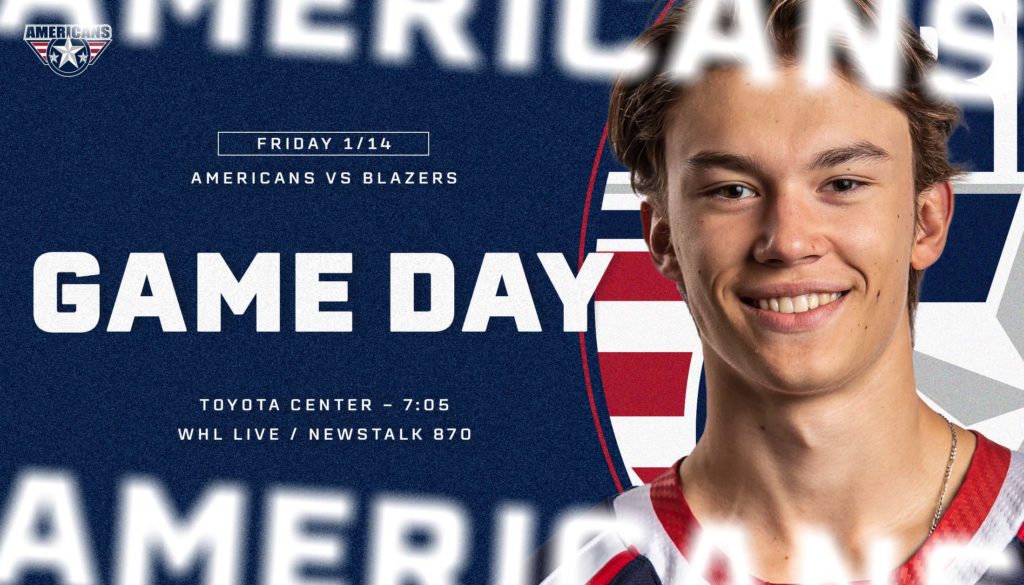 Kennewick, Wash. – Join the Tri-City Americans tonight as they take on the Kamloops Blazers for Columbia Basin Oral & Maxillofacial Surgeons Military Appreciation Night. The game will be presented by Townsquare Media and KEPR.

The Americans will wear special Military Appreciation Night jerseys in honor of veterans and active military. All jerseys will be auctioned off following the game on AmsHockeyAuctions.com. Bidding will start at $250 with a Buy It Now option of $650.

There will be a salute to each of the five branches of the military during the game and a silent auction behind section J. A portion of proceed from the auction will benefit military families.

The Americans and Blazers will face off for the first of three meetings this season. Tri-City is looking to snap a four game losing streak with an upset victory over the B.C. Division leading Blazers.

The two teams last met in Tri-City on March 8, 2020 — the final game before the season was shut down. Kamloops took a 6-1 victory. Sasha Mutala scored the Americans lone goal that night.

Americans forward Ethan Ernst will play against his younger brother Kamloops netminder Dylan Ernst for the first time in the WHL. Chase Friedt-Mohr is expected to make his debut with the Americans tonight. The defenseman was acquired earlier this week from the Edmonton Oil Kings.

After a series of postponed games due to weather and COVID-19 protocols, the Americans returned to play on Wednesday in Everett. Tri-City struggled to shake off the rust as they fell 6-2 to the Silvertips. Rhett Melnyk and Jake Sloan Tri-City’s two goals, both on the power play. Parker Bell had the primary assist on each goal. Sloan and Lukas Dragicevic also had an assist. Five of the night’s eight goals were scored on the power play, including the final four straight. Tomas Suchanek played the full game in net for the Americans stopping 46 of 52 shots faced. Tri-City was out shot 52-28.

Military Night Auction: Many items are being auctioned off during the game behind section ‘J’ with a portion of the proceeds benefiting military families.