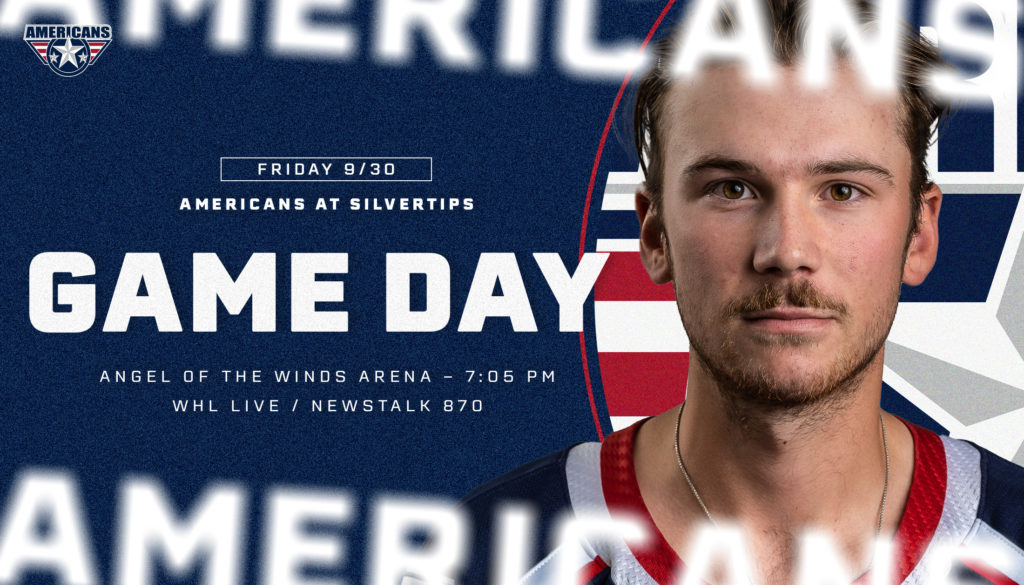 The Americans will take on the Silvertips for the first time in their nine game season series. Tri-City finished last season 4-8-0-0 against the Silvertips, including a 4-1 victory in their most recent meeting on April 16. Both teams are coming into tonight’s game off their first victory of the season, looking for back-to-back wins.

The Americans wrapped up an opening weekend doubleheader in Prince George on Saturday with a dominate 8-3 victory over the Cougars. Six different players scored and Tomas Suchanek turned aside 38 shots, contributing to Tri-City’s first victory of the season. It was the first time that the Americans scored 8 goals on the road since 11/2/2013 in Lethbridge.

The Americans will continue the first stretch of their season on the road tomorrow as they head to Portland. Tri-City’s Home Opener at the Toyota Center will take place on Saturday, October 8th against the Edmonton Oil Kings.