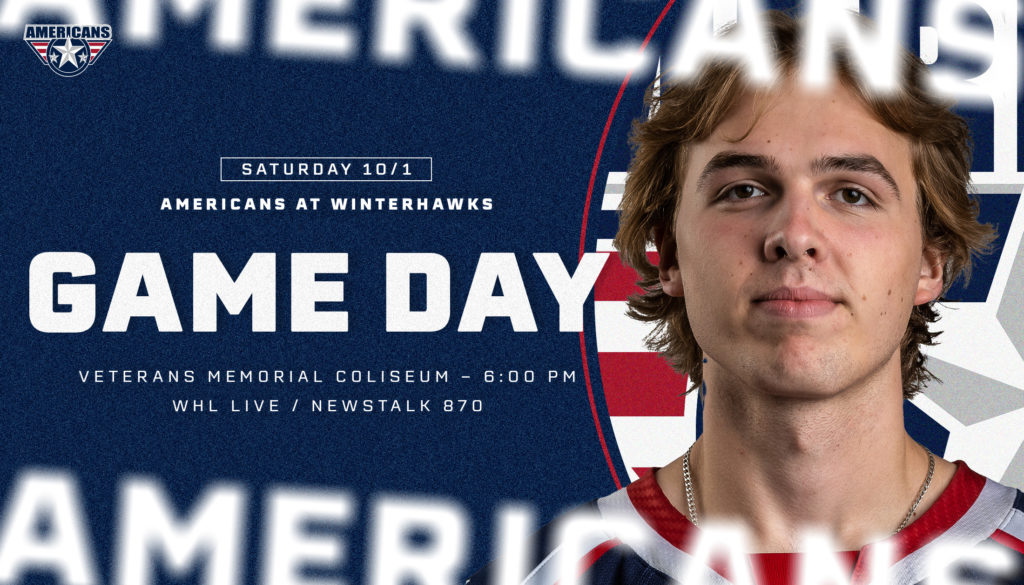 The Americans will wrap up their season-opening four game road stretch tonight as they faceoff against Portland for the first time in their eight-game season series. Tri-City went 3-8-1-0 against the Winterhawks last season with two of their wins coming a shootout.

Tri-City is 1-2-0-0 this season. They most recently played last night in Everett, falling 4-2 to the Silvertips.

Parker Bell returned to the lineup on Friday after recovering from an upper body injury. Marc Lajoie returned from L.A. Kings training camp and also played his first game of the season.

The Americans started off hot as Jake Sloan opened scoring just over a minute into the game on an odd-man rush, assisted by Parker Bell. Their lead lasted most of the first period until Everett tied the game with a power play goal at 15:20. They followed early second period with another goal to take the lead.

Lukas Dragicevic kept Tri-City in the game as he scored off a breakaway mid-second period, assisted by Jordan Gavin and Jake Sloan. With goals in back-to-back games, Dragicevic is one of seven WHL defensemen to already have multiple goals this season.

Tomas Suchanek played the full game in net, turning aside 42 of 46 shots faced. He leads the WHL in saves with 116 through three games. Tri-City was out shot 46-25.