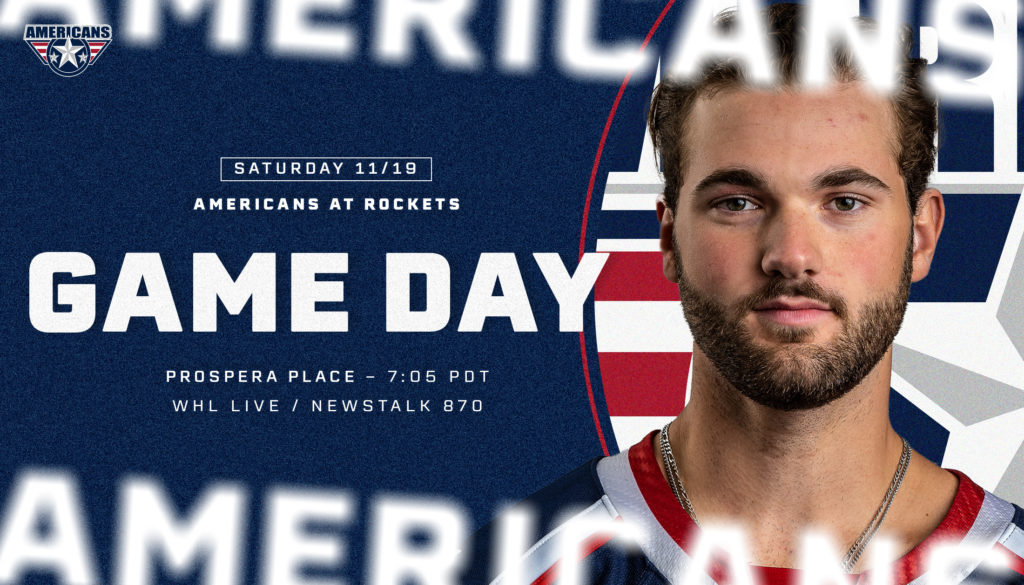 The Americans and Rockets will meet tonight for the first time in their four-game season series.

Tri-City went 0-2-1-0 against Kelowna last year. Their most recent victory against the Rockets came on October 13, 2018 as the Americans won 5-4 in Kelowna.

Both teams are coming into tonight’s game off a home victory last night. Tri-City defeated Calgary 4-3 in overtime while Kelowna downed Spokane 10-3. The Americans are currently 7th in Western Conference standings with 16 points and the Rockets are just one point behind them in 8th place.

The Americans put themselves back into the win column last night with an overtime victory over the Hitmen. Tyson Greenway led Tri-City as he scored the late tying goal and overtime game-winning goal.

Despite a strong start, the Americans found themselves trailing 2-0 after the first period. They were able to break through and find the net in the second frame with goals from Jordan Gavin and Ethan Ernst to tie the game at 2-2.

Tomas Suchanek played the full game in net, turning aside 36 of 39 shots faced and earning his eighth victory of the season.

With two assists last night, Dragicevic extends his point streak to 13 games with four goals and 16 assists over that period. Last night was his fifth straight multi-point game.