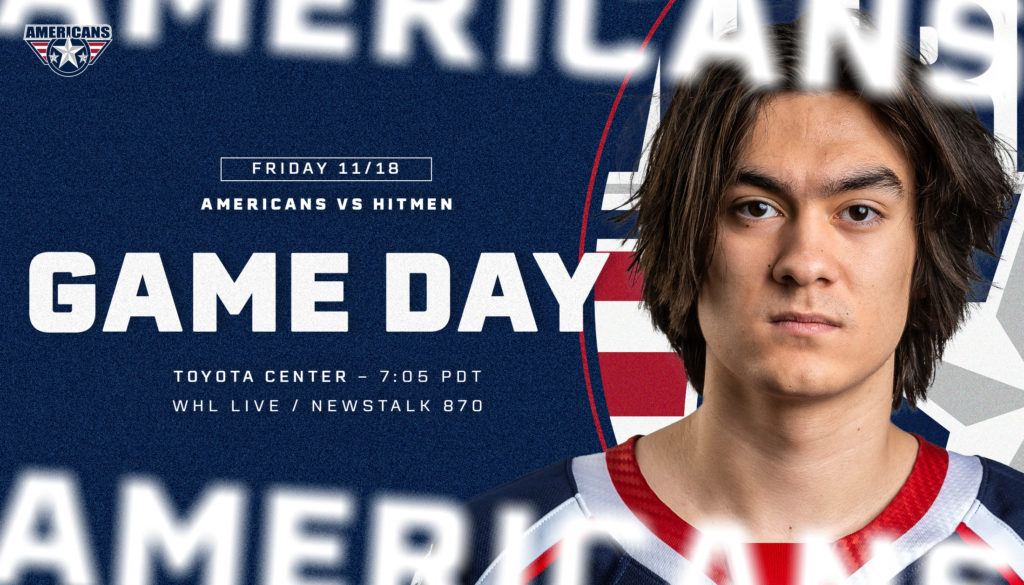 The Americans have won their last four meetings against the Hitmen. Their last three games were one-goal games and the last two were won in a shootout. Marc Lajoie and Tyson Greenway are the only players on Tri-City’s roster that were in the lineup the last time they played Calgary.

Both teams come into tonight’s game looking to get back into the win column. Calgary last played on Tuesday, falling 4-1 to the Portland Winterhawks and ending a seven-game win streak. The Americans have lost their last three.

Tri-City’s most recent game was Saturday in Spokane. Lukas Dragicevic opened scoring on the power play to give Tri-City an early lead, but the tired Americans team struggled throughout the game and fell to the Chiefs 7-3. Spokane scored seven straight, putting the Americans behind 7-1 in the third period. Tri-City found some momentum late in the game as Ethan Ernst and Andrew Fan each scored to narrow the deficit. Tomas Suchanek started in net but was relieved for the third period after Spokane’s fifth goal. Nick Avakyan finished the game, turning aside 11 of 13 shots faced.

With a goal and an assist, Dragicevic extends his point streak to 12 games with four goals and 15 assists over that period. The 17-year-old defenseman leads the Americans with 25 points over 18 games. He also has more points than any other WHL defenseman.

Jordan Gavin, who was away at the World U-17 Hockey Challenge, will return to the lineup. Jake Sloan will also rejoin the Americans after missing the last two games.