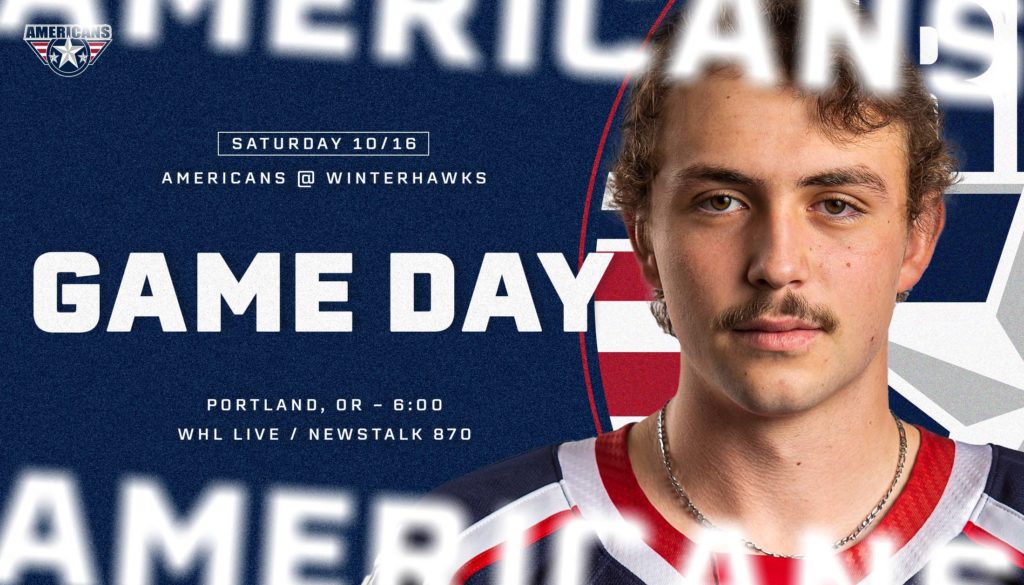 The Americans (2-2-0-0) hit the road to take on the Portland Winterhawks (2-2-0-1) at the Veterans Memorial Coliseum. The two teams have met once prior this season on opening night at the Toyota Center when the Americans earned an exciting shootout victory.

New York Rangers prospect Talyn Boyko put on a star performance for the Ams that night as he stopped 38 of 42 shots faced and turned aside four of Portland’s five shootout attempts. Four Portland players and 3 Americans each had two points in that game. Dwayne Jean Jr. scored the game winning shootout goal.

Tri-City comes into tonight’s game off back-to-back losses against Spokane. They will look to overcome their offensive woes after being shutout for five straight periods.

The good news for the Americans is that Sam Huo returned to the lineup last night. Huo led the Americans in scoring through most of last season. The six-foot-five and 190-pound center totaled nine goals and ten assists through 18 games played. Huo returns after suffering a lower body injury on May 9th against Portland.

After starting the season 0-2-0-1, the Winterhawks come into tonight’s game on a two game win streak. James Stefan, Cross Hanas, and Clay Hanus lead Portland in scoring with two goals and three assists each.