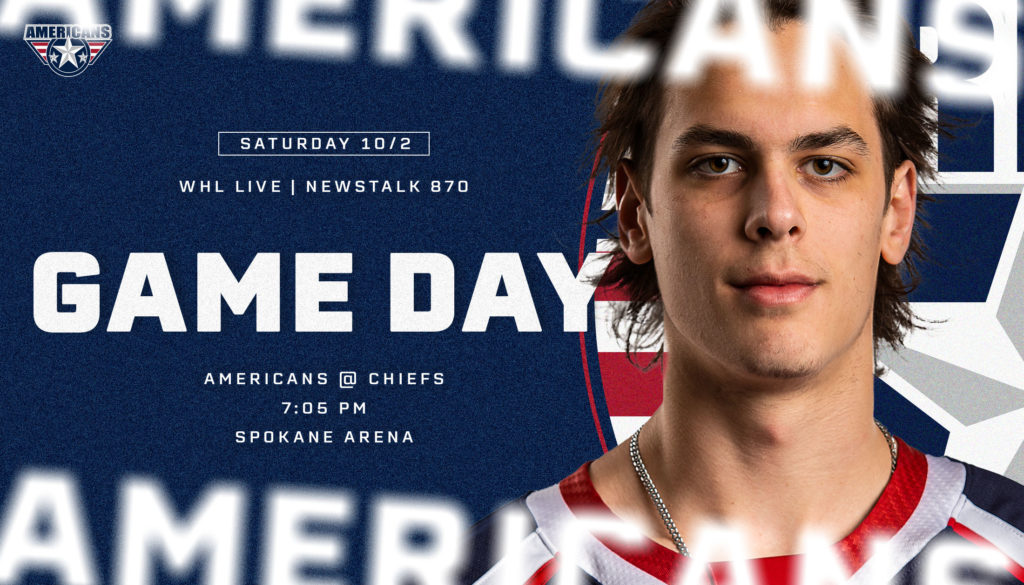 Last night the Americans set the stage for an exciting year as they opened the 2021-22 season with a shootout victory over Portland. Tonight they will head to Spokane looking to continue that momentum.

Tri-City and Spokane meet tonight for the first time in a 14 game season series.

Last season the Ams were 3-2-0-0 against the Chiefs. In their five matchups, the home team won the first four and the Ams took an overtime win in their final game in Spokane. Sam Huo led head-to-head scoring between the teams with five goals and three assists. For the Chiefs, Adam Beckman led scoring against Tri-City with five goals and three assists.

The Americans put on a thrilling show for fans at the Toyota Center last night as they took down the Portland Winterhawks 5-4 in a shootout.

After leading the team in preseason scoring, it was no surprise that Parker Bell netted the first goal of the season. The goal came just 2:42 into the game with a shot from the left circle, assisted by Rhett Melnyk and Petr Moravec.

Portland started to make a comeback as they added two goals in the second period and then a game-tying goal early in the final frame.

Elouann Lemonnier deflected a shot from Ben Feenan to take back the lead for the Americans with his first career goal.

The Winterhawks came up with one more goal sending us to overtime. The game finished in a shootout where Jake Sloan and Dwayne Jean Jr. scored for Tri-City to complete the victory.

Talyn Boyko had an impressive night for the Americans stopping 38 of 42 shots faced.

For other notable milestones, Ben Feenan recorded his first point on Lemonnier’s goal and Rhett Melnyk’s had two assists for his first multi-point game.